One of The Book Thief’s promotional campaigns was a series of images and teasers posted on their Facebook page related to words and what they mean. One of the themes throughout the story is words and what they mean to people; how beautiful words are and how ugly they are. Words are more powerful weapons than guns and bombs after all.

One of the words that were used on the Facebook campaign is wonder:  {won·der} n. surprise mingled with admiration, caused by something beautiful, unexpected, or inexplicable. 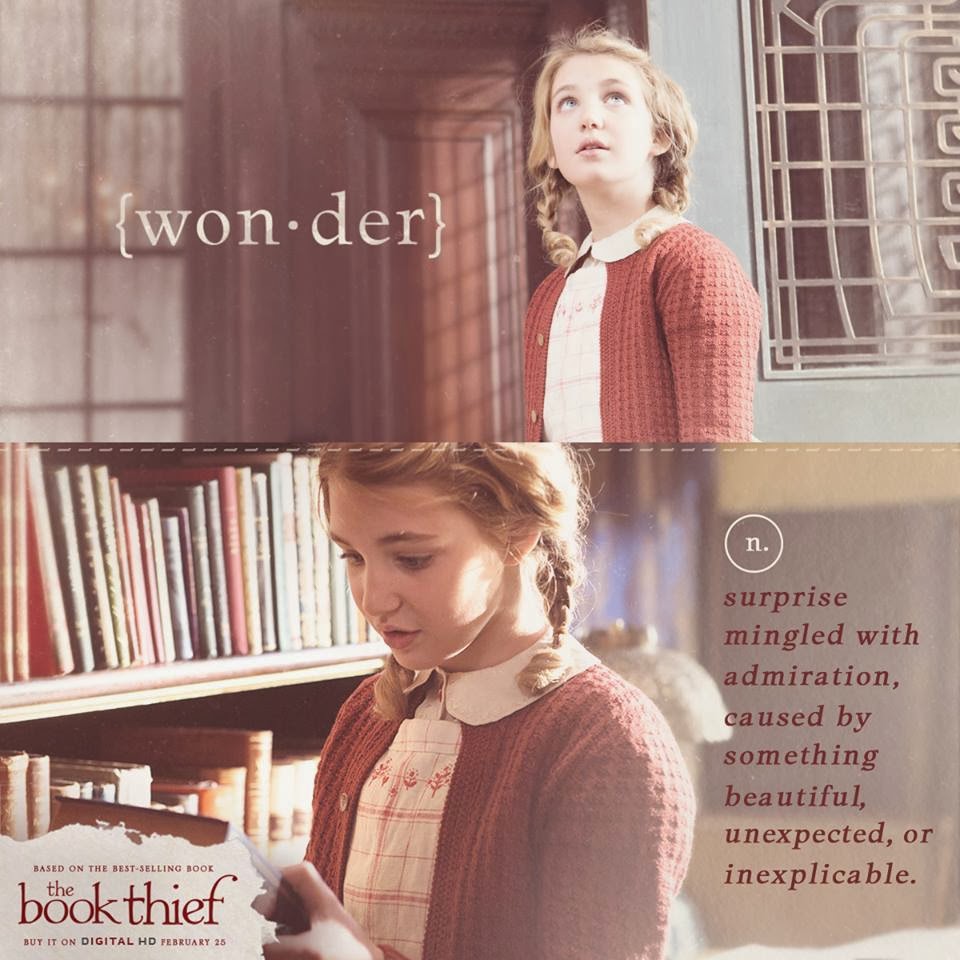 This is the reaction one gets from watching this film. The Book Thief will make you smile, cry, laugh and then leave your heart broken with its haunting beauty. As a high ranking member of the Book Snob Society I can find reasons why the film adaptation of this story does not do it justice but those reasons are ultimately shallow because this adaptation is really good and captures the important themes of the book.

The story is narrated by Death (Roger Allam) who is surprisingly pleasant given the nature of his job, which he seems to dislike. Set in Nazi Germany from April 1938 the plot follows the life of Liesel Meminger (Sophie Nélisse) as she adjusts to a new life on Himmel Street in the fictional town of Molching with her foster parents, Hans and Rosa Hubermann (Geoffrey Rush and Emily Watson). This is the story of a German girl trying to make sense of her small, fragile life amidst the horrors of Nazi Germany leading up to World War 2. Liesel finds a solace of sorts in books and words and tries to make sense of her circumstances through them. She doesn’t understand all the hate going around and no one really knows how to answer why so much hate can spread like a disease. 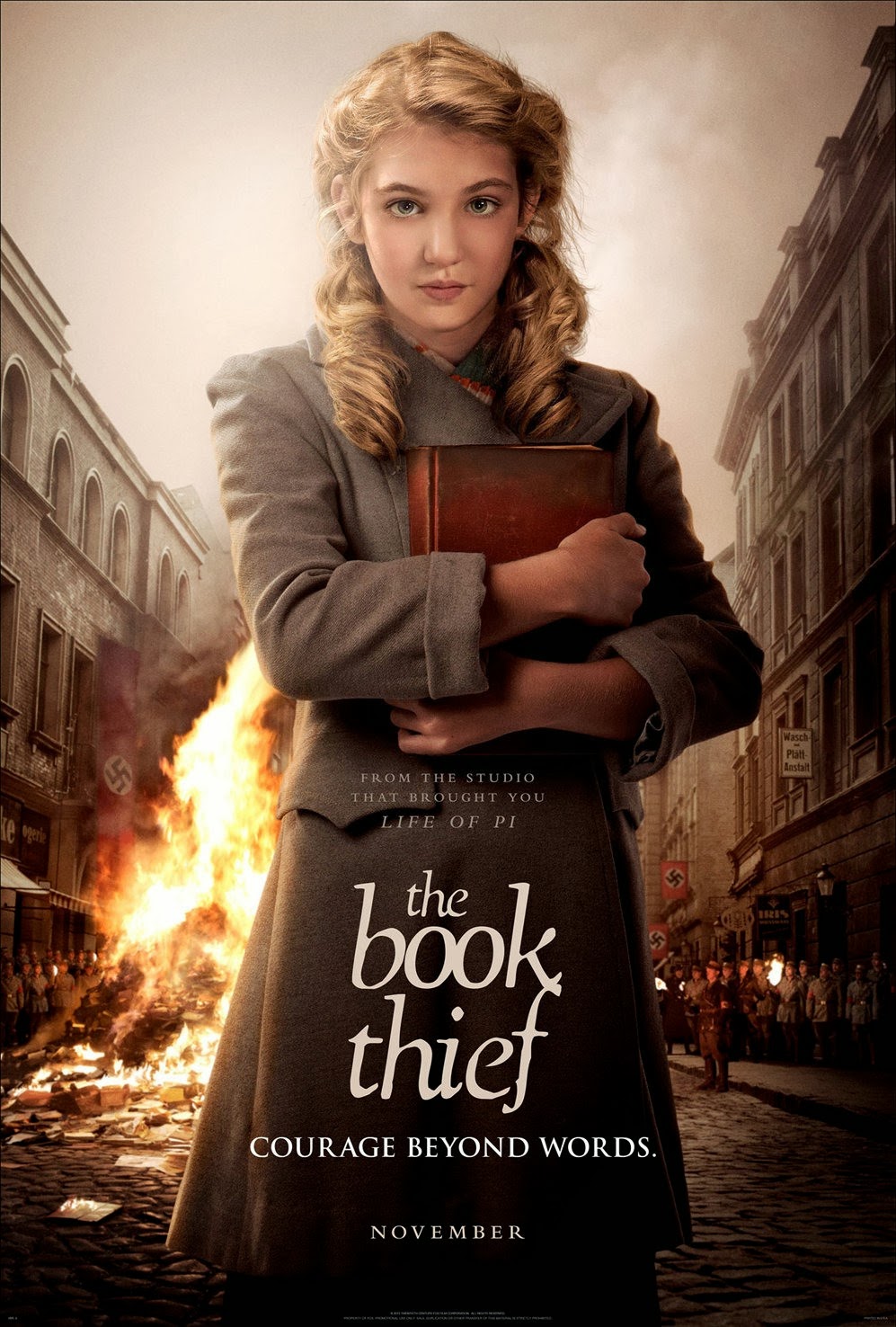 Many stories of this terrible era in humanity’s history are told from the viewpoint of Jewish people or other people who were affected by the atrocities committed by the Nazis but this is the story of a small German town just trying to survive when the world has gone mad. Sophie Nélisse is wonderful as Liesel Meminger! She plays the role with the utmost grace. The rest of the cast also deliver stellar performances. Geoffrey Rush’s portrayal of Hans is sincere and makes you love the man who teaches Liesel to read, to love and to be courageous albeit seemingly foolish in the dreadful time they live in. Rosa is stern and rules the Hubermann household with an iron fist but you can tell she loves them all. Max (Ben Schnetzer), the young Jewish man that the Hubermanns hide in their basement manages to convey a lot of sadness and joy in that cramped space and is one of the characters to steals the show. My personal favourite character is Liesel’s best friend, Rudy Steiner (Nico Liersch). This lemon haired boy is all heart and you can’t help but love him.
This is a great movie. It’s not best movie depicting the period but it does offer a slightly different perspective into it and it is beautifully shot. The oppressive Nazi propaganda is a constant backdrop to the story and it constantly reminds you of the bleakness of the place the story is set in. The music by John Williams adds quite a lot to the tone if this film and is moving.

Some people feel that it’s too sad. I don’t think so. It is sad but it also shows how normal people overcome terrible situations and how kind and selfless they can be. I think the story, like all good stories, is what J.R.R. Tolkien called eucatastrophe – the good tale that breaks your heart.


Put some tissues in your pocket or handbag and give The Book Thief a watch. It’s a good movie. That is all.
Posted by Charles Siboto at 16:05

I love them both. The book and the movie. I really can not complain.

Seems Asia can complain :D. She doesn't like how Death sounds.