Echoes of the Voice Calling You Home 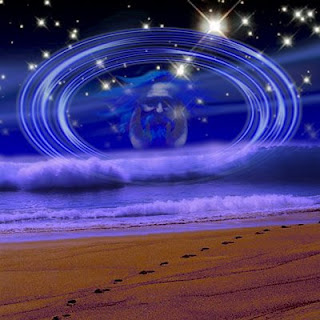 These people all died controlled and sustained by their faith, but not having received the tangible fulfillment of [God’s] promises, only having seen it and greeted it from a distance by faith, and all the while acknowledging and confessing that they were strangers and temporary residents and exiles upon the earth.

Now these people who talk as they did show plainly that they are in search of a fatherland (their own country).

All of us have read or heard a story that is just right, the sort of story that makes one think that its author had the right idea of what the universe really should be like, a story that makes you examine your life and think, if only I’d been born during such exciting times. I’ve just listened to a talk given by Peter Kreeft on Christianity in Professor J.R.R. Tolkien’s epic tale, The Lord of the Rings, and I remembered that every single time I’ve read a story that tugs at all of my heart strings like The Lord of the Rings I’ve heard echoes of the voice that wants me to come home. It’s like stumbling upon a strange country for a brief moment and getting the queer feeling that it’s the one place in the universe that you’ve always known and then stumbling back to the country of your birth and realising that it’s not where you belong at all and you spend your whole life searching for that strange country you surely must be a citizen of. Sometimes you see something spectacularly beautiful in our world that echoes how the object really looks in that great country you stumbled upon. It’s like Plato imagined it in his theory of the immaterial world of ‘forms’ in which all objects in world, such as tables, draw their ‘tableness’ from a real table in the world of ‘forms’. When Lucy stumbled upon Narnia through the wardrobe she found a country that echoes the country of her soul clearer than England ever could and at the end of The Last Battle she finds that country that Narnia was only an echo of (a very good one I might add). For a long time I wondered why I always found ‘real’ life so tedious and glum compared to stories, for me ‘real’ life was always worse than even bad stories so I was always on the lookout for any medium that provided some sort of escape. A good story is like hearing the echo of the voice calling you home to the country where your soul belongs, it’s not the real thing but because it projects what the author believes life should be like and one of its purposes being to entertain it’s always better than ‘real’ life. The voice calling you home is also present in your ‘real’ life but it gets choked by everyday mediocrities like stress about money, your job, newspapers and what not. We live in a strange age where the benefits of technology are many but the disadvantages are just as many, if not more. Take for example the internet, you have all of the world’s information at your fingertips but you have to wade through tons of rubbish to get to the information you really want. From the moment you wake up you’re being spammed, it’s no wonder you never hear the voice call you. When you are reading a story your mind is alert and thus you hear that echo and it makes you think about that strange country.

I find myself feeling like King Tirian did in the last days of Narnia, I read the epic stories of old and wish that such a wonderful adventure would find me. King Tirian’s adventure finds him and he rises to the challenge, fighting bravely as the last king of Narnia. I feel that we are living in such times and that for us the end is looming, we need Tirian’s courage. In a previous post I said that life is wonderful and that all the greatest stories you’ve ever read are true and that the greatest of these, Christianity, is true and all the others are tables reflecting the true ‘tableness’ of Christianity. Well that’s still the case. The echo of the voice you are always hearing after reading a story that is just right is the Lamb calling out to you… be silent for a few minutes and you’ll hear Him calling you home in this world and in this world you will hear his voice more clearly because you are a pivotal character in the greatest story ever told. Right now, where ever you are, just stop and be quiet and listen to the Lamb’s voice.

"Who is this?" they said to Me
“That the wind and waves obey
Come, let's hang Him on a tree
That His reign should pass away”
But here I am I say to you
Though you turn away, it is My will
To love you for forevermore
Peace be still, peace be still

- Intermission: The Lamb Knocks by Showbread

So true Charlie, so very true. What can looking out the window again and again and seeing the rain gray everything out do but stain one's soul? I really needn't wax lyrical any-more for you have touched that bittersweet point adequately.

All I can do is cheer on and call all and one to arms! let Tirian's courage be upon all those who read. And most importantly, follow the lamb and lose not sight of it, through tide and newspapers and highwater and spam and money and jobs and people...

Once one has tasted that sweet water, sighted that country, felt the magic, whether through prose and narrative or a moment's peace or near-death experience or dream or straight through the living word. Once one has felt that tug, one won't forget it no matter the the amount or duration of rain through the window, and one can look for it again...

He who binds to himself a joy
Does the winged life destroy;
But he who kisses the joy as it flies
Lives in eternity’s sun rise. - Eternity, William Blake

Sometimes I'm a dummy and I try to hold onto the glimpses of that sweet country and thus destroy the whole moment. One must not try and preserve the glimpses the he is given, I think (and Blake thinks, but simply enjoy them for what they are.