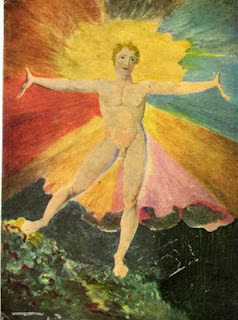 There are more things in heaven and earth, Horatio,
Than are dreamt of in our philosophy. – Hamlet

The one book that is constantly on my mind at the moment is C.S. Lewis’ Till We Have Faces and Peter Kreeft’s talk thereon has me thinking about the central question that the book asks. This astounds me because when it comes to Christianity I am a simpleton – I simply believe. I am one of those people who do not need a concrete reason to believe (by which I mean I cannot present a convincing argument for my faith to a board of very rational people), I simply believe because in some indescribable way Christianity makes sense to me. Religion is difficult for anyone to practice but throughout human history it has been constant. The ancient civilizations looked upon the sun and the sea and felt the need to bow down to these forces because they were greatly moved by the majesty of nature. Everything in the universe shouts the existence of God so loudly that people who have never heard of Him feel the need to bow down to the things that symbolize Him. All religions stem from humans realising that there is some higher power that governs the affairs of man. All religions are like pictures of God by different artists and naturally some of the pictures are clearer than others. The central question that Till We Have Faces asks is this: “Why must holy places be dark places?" Why must religion be so mysterious? If I was a detective I would either be uncannily good at it or the worst detective in existence because I would primarily rely on my “sixth sense” to crack mysteries. The mystery of God is the same for me, I simply believe because in a strange way it makes sense to me. For other people, though, this is frustrating and they demand clear answers. The only thing I know is that, like C.S. Lewis says, Christianity is hard in many ways and very easy in many ways. Christianity is not an escape from earthly suffering it is simply the truth. Like Morpheus, Jesus only offers you the truth. In fact He, Himself, is the way, the truth and the life (John 14: 6). Zion is under siege and inside the city walls there is pain, bloodshed and sorrow. Christianity is like J.R.R. Tolkien notes of good fairy-stories in his essay, On Fairy Stories; it is a eucatastrophe – “the good catastrophe, the sudden joyous ‘turn’”. Our lives are ones of suffering but in Christ the shadow will pass to reveal infinite beauty and we will not know whether to laugh or to weep. We will be like Samwise Gamgee in the heaps of Mordor when he sees the white star twinkle for a moment and its beauty smites his heart and he realises that the shadow is a thing that must pass and that there is light and high beauty forever beyond its reach.

In a previous post titled, Life’s Wonderful, I said that all the really good stories that have ever made you so happy that you both wept and cried are more or less true and in his essay Tolkien agrees; there is no other story that is so wonderful that everyone would have it be true than Christianity and then Joy of all joys! It turns out to be really true.