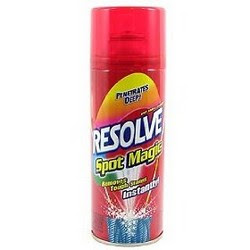 After nine or ten nights he understood with a certain bitterness that he could expect nothing from those pupils who accepted his doctrine passively, but that he could expect something from those who occasionally dared to oppose him. The former group, although worthy of love and affection, could not ascend to the level of individuals; the latter pre-existed to a slightly greater degree.

Not to be a man, to be a projection of another man's dreams–what an incomparable humiliation, what madness!

For what had happened many centuries before was repeating itself. The ruins of the sanctuary of the god of Fire were destroyed by fire.
With relief, with humiliation, with terror, he understood that he also was an illusion, that someone else was dreaming him.

Insanity: doing the same thing over and over again and expecting different results

Here we are, a few days into 2010 and many of us are still sticking to our resolutions to lose weight, save money and to spend more time with our families. With schools having just opened many parents are having sleepless nights over finances and semi-independent university students, such as myself, have had one or two nervous breakdowns worrying about registration fees. All-in-all it’s the usual January buzz where people are recovering from crazy holiday spending and realising that we are in deep financial doo-doo. Life goes on though and the ol’ blue ball we live on keeps on spinning, not as a result of money, sex or Hollywood’s version of love but by the grace of God. (How exactly He goes about it a few physicists might be able to tell you because I have no clue.)

I’m very happy to be alive and, as far as I can make out, healthy. I’m not a good person or anything cool like that but I’m sure God is still keeping His eye on me and watching out for me. The plan is to finally escape the circular ruins this year, you know, those pitfalls that too many of us fall into. We all make really cool resolutions to be better people and to save the Earth from that terrible scourge known as global warming for which we are responsible. But, alas, by March many of us have sunk back into misery, sloth, spitefulness and we refuse, kicking and screaming, to just shut up and be happy. We find ourselves in those dreadful circular ruins again.

My approach to life this year is that of a child, to take each day as it comes and to be an everyday hero :) I don’t plan to save the world, I’m not getting a six-pack like Ryk Neethling’s and I don’t have a devious scheme to become a billionaire like Warren Buffet. The plan is simply to be happy.

I plan to read more books and not only fiction, horror, fantasy and sci-fi but other genres in order to expand my horizons. I might even go as far as giving Danielle Steele a try... or not.

Ice-cream! I definitely have to eat more of that, because it makes me absolutely happy. I’m thinking that once a week will do.

God loves trees and He really went all out in making many of them and so I’ll lie under as many as I can. I will be a hobbit. What I should do is lie under trees, reading good books whilst eating ice-cream!

I have to put effort into my book drive this year and actually make it work. I might even get a few sponsors to back me up. Keep an eye out for this one.

I really must stop watching stupid things like South Park on my PC! My brain will rot and start leaking out of my nostrils if I don’t watch out, seriously. Anyone know any good Jewish comedians I can go see?

I’m falling into the bad habit of collecting video games but never getting around to playing them, which is bad, bad, bad! Play more video games Charlie and enjoy the nonsense out of them.

Last year I was a total douche bag of a friend and so this year I plan to be better.

Another thing I’ve been rubbish at is relationships so this year I’m working on being a good boyfriend and to move away from being too self-centred. It’s good to have someone other than myself to think about and whose feelings to take into consideration. Thank you for being in my life Lil’ Girl, I’m absolutely mad about you :)

My little sister has finally made it to High School and it’s about time I’m nicer to her because it’s a heroic thing to do. I can’t be too nice though because as an older brother it’s my job to be a little mean.

I definitely have to call my grandparents more often than I do now. I love those two people desperately and must speak with them more.

Having a crazy family is hard but I must spend more time with them. A little madness has never done anyone I know any harm.

This is a weird one but I have to buy myself a colouring book because being a kid is cool and it’s fun to sit with my cousin Lennie and be rock stars with crayons.

I was planning this one last year and never got around to doing it but I must buy myself a yo-yo and re-master it because it will make all the girls swoon over me.

Last and by no means least is to just sit at Jesus’ feet and be happy.

P.S. I’ll also spend more time blogging than I do on Facebook :)

P.P.S. I pray everyone I know and don’t know has a wonderful life and that joy finds those who refuse to accept happiness and punches them in the face.
Posted by Charles Siboto at 15:37

Dear brother, I looked on your profile and saw you follow my blog. This is indeed a great honor. I have been reading your entries and I am in awe of your excellent intellect. May God bless you as you continue your studies.

Thank you for the kind words.