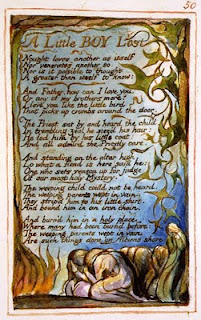 "Father, father, where are you going?
Oh do not walk so fast!
Speak, father, speak to you little boy,
Or else I shall be lost." - William Blake, The Little Boy Lost

Nor seeks nor finds he mortal blisses,
But feeds on the aerial kisses...
But from these create he can
Forms more real than living man,
Nurslings of immortality! - Percy Bysshe Shelley

You know, having friends is wonderful because they never solve any of your problems. Friends are like physical realisations of the opposite poles of one's mind, they play out the conflict that's taking place in your head and allow you to be an observer of what's going on in your head. Unlike C.S. Lewis I am fortunate not to have been born with a mind that's split perfectly in two, a mind that's an oxymoron (mine's just a plain moron), a mind that is made of two opposing hemispheres: the one shallow and rational and the other filled with magic and stories. My mind is entirely filled with magic and stories. I am not built to be an engineer or a lawyer, but rather a reader and a writer.

I am interested in dusty libraries and old churches. I would love to live in a museum as opposed to a city because there is life... real life in dusty books and old Greek vases. Being the strange being that I am it is logical (what a filthy word) for me to pursue a career in the Classics.

The more reasonable half of my friends, ironically led by a very unreasonable Reuben points out to me that I am a black boy (which is apparently synonymous with a unique sort of poverty that can only be overcome by becoming a lawyer or a doctor) living in a country that does not take kindly to the Classics. The other half of my friends, who believe that I should pursue a career in the Classics, ironically led by a very reasonable Simone, make this simple and undeniably true point: What else can he do with his life? He'd suck at everything else.

This is all very straightforward once you've had your friends enact it. I am not capable of any other career but one that is made up of mythology and literature in some form or the other and so I must become a scholar, forever haunting the halls of academia. I'll take up refuge in some university as an excuse to use their library and use the money they pay me to take cute librarians on dates. This is my idea of an idyllic life. Done. It's over, let's not talk about it anymore, the irrational and mad side (led by the voice of reason herself) wins.
Posted by Charles Siboto at 15:46

Thank you. May you have a wonderful year and my God bless you, your friends and family :)