"The world descends into madness,
Blood, guts and the din of thunder overhead.
The screaming of children and wailing of women fill the air,
Men flee in terror as the stench of death consumes the world."

I guess I should tell you guys about all the madman stuff that happened in my neighbourhood towards the end of last year when God was testing out the Apocalypse on Rosettenville. He wanted to fine tune it before taking it worldwide. I don't really feel like telling the story and all because I have to be in the mood, you know. But I guess I should.

The madness began with my housemates and spread over the neighbourhood. The whole mess began in the usual manner an apocalypse begins, with a couple's tiff in the room across from mine. N., a petite beauty, lives in that room and because of her good looks she's never short of suitors knocking on her door, which is what sparked the tiff between her and the one guy I assumed she was 'steady' with - he's the guy that visits the most and all. For a while I tried ignoring the screams and crashing sounds coming from her room, wishing they'd kill each other in a quieter manner. But eventually I had to go see what's going on - doing my neighbourly duty and all that, you know. I'm not certain what the spat was about but I got them to calm down, with the aid of an Amazon of a woman who was (and still is) one of my other housemates. I left as boredom with N.'s sobbing settled in.

I thought that was that and everyone could go back to ignoring each other. No such luck. A few days later the boyfriend person runs into me in the house and asks if I'd seen N. I tell him that I had a few minutes prior and that she's probably in her room. He tried knocking and reaching her on her cellphone to no avail. He then proceeded to trying the door and lo and behold! Shit was real.

Beautiful N. was sprawled on the floor of her room, frothing at the mouth.

What a bummer. She'd gulped down an assortment of pills in the hopes of ending it all. Death is not that easy though. The boyfriend guy rushed her to the hospital, where they were quickly able to revive her. I was left behind with the other roomies, who made phone calls to her people and other people in general (the whole gossip vine and all that). N. had left behind a suicide note declaring her love for the boyfriend situation and explaining her dissatisfaction with her life. She ended the note with a request that the boyfriend thing take care of her daughter.

After that happening things were a little awkward around the house but returned more or less to the norm.

Shit was just beginning to get real though.

A few days later I came home in the evening to be met by commotion in the house, which I tried to not get involved in till someone knocked on my door asking if I knew the number for the ambulance. I figured someone had gotten its ass kicked and was injured, judging by the thuggish types around.

A new coupled moved into one of the rooms in the backyard a few weeks prior and it turned out that the girl was pregnant (which I wasn't bothered to notice all along) and in the popping stages of labour. Instead of doing anything useful like getting the girl to the hospital or call an ambulance (I guess no one knew the number though) a bunch of people showed up and ran around in circles (as opposed to squares), which annoyed the crap out of me. I called the ambulance and went to bed.

I was too tired for that shit.

A few days later I noticed a baby lying on the ground outside, in the sun, wrapped in a blanket whilst its mother object did laundry. Who leaves a newborn baby lying in the sun? Seriously. They also played their music on an insanely high level at all hours of the day. I've no high hopes for that kid surviving long.

That was shit getting real in the ol' house (ground zero for all things weird and not-so-wonderful). Next in line was the neighbourhood.

The madness began with a beautiful woman, as is the usual way of things. For cool effect's sake I'll name the woman Raven and the guy she was cheating with her husband with I'll name Nimrod, because that's what he is - a stone cold idiot! 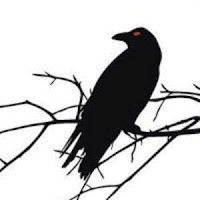 Raven's husband is one of a handful of Indian guys that live up to the racial stereotype of Indian men liking pimped out cars in that they own a shop that pimps out cars on the corner of my street.  Till the day all that madman stuff happened they also fit the gentle and mild-mannered stereotype in my mind. Then shit got real. I digress though.

Raven and Nimrod were caught in the act because they are idiots! They were fondling each other in Raven's car on the street where her hubby's shop is. Hubby was walking by, coming from the store, and of course noticed his wife's car and peered through the side window to say hello, only to find her locking lips with another man. Shit, of course, proceeded to get real and I had a good view. All I needed was popcorn... But I don't like popcorn that much so that was alright.

Hubby pulled Nimrod out of the car, took off his belt and started whipping the man as if he were a naughty school boy. Raven, in a state of panic, put pedal to the metal and got the hell out of dodge. Hubby's friends joined in on the epic whipping of Nimrod - much to my delight. There is something perversely satisfying in watching a grown man get whipped by other grown men. The whipping continued for a few more minutes and, alas, I had to depart because the taxi I was waiting for arrived.

A few days passed in a blur of too much alcohol and I eventually found myself seated on a chair at the corner of my street, near Hubby's shop, getting my hair cut by the dude with the informal barber set-up there. Needless to say that shit was materialising and fast reaching the consistency at which it's considered to be real. Again, great view and no popcorn. But it was okay.

Like the Terminator, but not as cool, Nimrod was back and out to get revenge on those who wronged him. This went down like a scene in a lame action movie. Nimrod rocked up in a VW Golf and parked near Hubby's store and just sat there... waiting... Such as a Hawk. 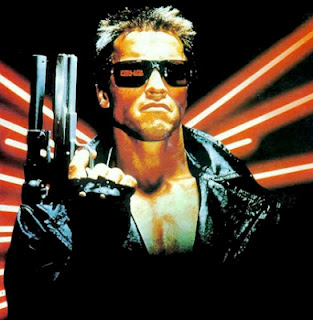 At few minutes later Hubby walked out of his store and crossed the road, at which point Nimrod, like a bear out of the darkest of Peru, came driving up the road and hit Hubby with his car! The sound of crunching bones and blood! People screaming! Me shouting, ‘Holy fresh fog fuckery!’

Hubby’s floppy body flew across the street and hit a general store’s window. He was still alive but was a bloody mess and... No freakin’ time to wait for it... his left foot was severed somehow! Nimrod, still sitting in his car, whips out a pistol and calmly puts it in his lap. These are the times I usually get my ass out of a place. Being shot or going to jail are things that I try to avoid on a daily basis. I digress again. So, Nimrod’s just sitting there with his gun in his lap looking calm as all hell an Hubby’s crumpled on the pavement, half of him in the general store and just a bloody one-footed mess.

Hubby’s friends are real troopers because they all grabbed metal pipes and ran to Nimrod’s car and proceeded to bash the living daylights out of him through the windows and windscreen of his car. Strangely enough Nimrod just sat there for a while getting beaten in a rather savage manner. At no point did he even show signs of an attempt to use his gun! What a chop. He managed to open the door when he realised that the beating would not cease and he ran down the road with his gun in his hand. Hubby’s friends went over to assist him and medical personnel were called in and the police types also showed face. The icing on the cake for me is Nimrod coming back to the scene (gun still in hand) and complaining to the police about how he got assaulted. His stupid ass landed in jail, naturally. What a chop.

Hubby survived his ordeal and I learned a valuable lesson: do not fuck with Indian guys because they look timid and whatnot, those dudes will beat you with metal pipes whether you're armed or not. I guess they're like Zulu people in that way... and that's why they concentrated in Kwa-Zulu Natal. Hmm... .

Since God was testing out an apocalypse there had to be fire to end things off. After a few days of the terrible and stupid catastrophe that was the Nimrod Incident a furniture store, Beares, in Main Street caught fire and the whole block on which it was situated almost burned down. It was just crazy! People stood there watching with fascination and no one called anyone or anything, everyone just watched. Again, no popcorn. I think that in good ol' Rosetown everyone's an observer, even the people something weird and wobbly is happening to. It's in our sweat or something.

I think God’s Apocalypse needs some more tinkering with before He takes it worldwide though. As things stand (the ones in the back are being smart asses and are squatting) it's quite lumpy and lacking in lustre. So that’s the madman stuff that happened to me last year. I still don’t care for talking about it but I thought you should know at least.
Posted by Charles Siboto at 18:56