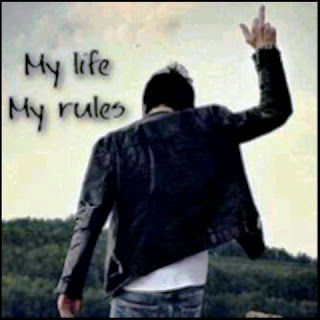 Second things second (never first): I'm falling in love with this rag called life and I'm setting it on fire, arsonist that I am. My life pretty much sucks right now but God gave me amazing friends and some useful family members to help me on my journey to becoming the absolute best that I can be. If I'm going to set my life on fire I might as well do so with the best team available to me.

1. Land the epic librarian gig I've been gunning for all this time. I would be South Africa's best librarian. No question about it. Books, talking with and helping people are where it's (I'm not too sure what 'it' is) at for me. I am also interested in the Big Five literacy programmes that the City of Johannesburg's libraries host annually - that's my wheelhouse and all.


2. Be money wise. The thing that always kicks me in the head all the time is that I am stupid with my money. I'm sad to admit that I'm too compulsive a creature and that I go too far in spending money on too many things that aren't important for progress in my life. That's not cool and I should stop it. Just stop it, Charlie. *the moving, wagging finger*

3. My new favourite real life hero is Pierre Spies. He's, like, so totally awesome hey. The man's just a tank whose life is on Wizard's Fire. He is the inspiration behind my new workout routine and health plan. This guy. He's rad-ical. I also want to buy a mountain bike and hit the off-road for that adventurous healthy sort of lifestyle.

4. I miss taking some time out, connecting with the 'verse and talking to the Big G. I should do more of that, more of the time. I miss You Big G, I miss our dialogue. Please forgive me for being silent for so long. I also miss C.S. Lewis and Peter Kreeft a lot. Those guys know God's heart very intimately.

5. Work harder. Work smarter. I'm the laziest person I know and it's my lethargy that's been the source of many a failure of mine. I'm also pretty dumb about how I work. I've no plan of attack; I just wing it, which ain't too efficient or sensible. This is one of the important tasks to get done.

6. Read more. A book a week keeps the ignorance away. I want to expand my reading material to more than comic books, graphic novels, horror, fantasy and sci-fi novels. I'm going to annihilate the 101 Books to Read Before You Die list this year. Bam! Just like that. Better and smarter Charlie, always a hit at upper crust parties.

7. Game more. I miss gaming and tech so much that my soul actually hurts. Gaming is to me what boobs (lol) are to awesomeness - essential dammit! I have so many titles to catch up with: replay Mass Effect and Mass Effect 2 in preparation for Mass Effect 3, Skyrim, Batman: Arkham City, Deus Ex: Human Evolution and many other titles beside.

8. Get my driver's licence. This one has been a thorn in my side for some time and it's time to be a road warrior and just do it once and for all. Get it out of the way as they say. Also, there's the fact that bitches love being driven around in cars and stuff.

9. Be adventurous and tick off exciting things on the impromptu (we'll pretend I know what that means) bucket list: surfing, sky diving, banging dirty hippies with ginger dreadlocks, climbing a mountain - any one will do - and winning fights against annoying assholes.

10. Finally, do some good for change. I'm a fan of literacy programmes so I'll do something selfless along those lines.

Okay. That's the list, give or give a few more items. Other than Pierre Spies, and a host of others, I'm being my own hero. No cape, no tights or cool Bat toys - just me.

Thank you for sticking around and indulging me my little speech. I ask only that you join me in forging (I like that word - and know what it means) an alliance of everyday heroes that set the 'verse alight by being super awesome at living our lives.