A thing is clearly happening when it comes to action movies at the box office these days. I don’t know whether this is a good thing or a bad thing but it sure as hell is happening, what with the success of The Expendables franchise proving that you can take action heroes from the old school whom we all grew up with but had pretty much lost their relevance and revive their careers and audiences’ lust for some good ol’ skop, skiet en donner flicks at the same time. Why stop there when you can delve deeper and take a star like Keanu Reeves after the mess that was 47 Ronin and put him in an action movie that doesn’t try to lie to you about the depth of its plot? This right here is the future of making movies, you guys!

John Wick is straight up one of the coolest movies that I have seen in a long time. This movie doesn’t beat around the bush because the only beating that John does is kicking bad guys in the teeth. What you saw in the trailer is pretty much it in terms of plot. Seriously, it’s Keanu Reeves’ character, John Wick and his wife died but because she’s an amazing woman she arranged for a puppy to be delivered to their house after she dies so John has someone else to love and doesn’t become too lonely. This is all good and well till some punk, who happens to be a Russian mobster type of guy’s kid kills his puppy when he wouldn’t sell him his car at a petrol station. It turns out John Wick is the most badass of contract killers in the game and he sets out to exact vengeance on the punk kid and all the henchmen who dare stand in his way (which had me thinking why henchmen are such a loyal breed of people anyhow? After seeing my buddies get their teeth kicked in I’d just go home). That’s it. What more do you want out of life? 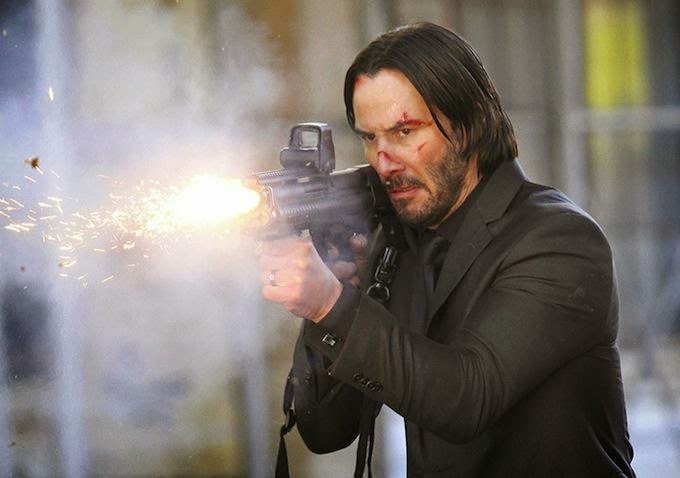 Keanu Reeves is perfect in his role as John Wick because he’s just the sort of guy who really doesn’t sell the idea of being an action hero when he’s just standing around putting petrol in a car and then later when he’s kicking the snot out of bad guys you can then turn around and totally buy into it. A proper action star in the mould of a Jason Statham would ruin a role like this because he lacks a certain banal aspect that Keanu Reeves has in spades. 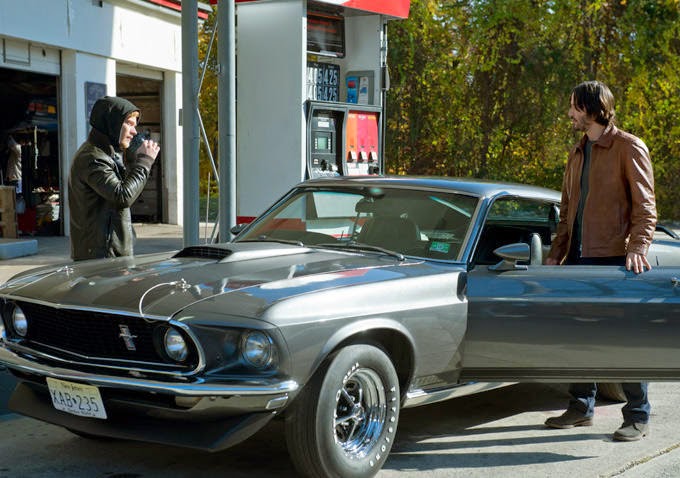 John Wick is Chad Stahelski’s first venture in the director’s chair and he does a good job of always upping the ante in terms of the actions scenes. Stahelski comes from a stunt co-ordinating background and has had a hand in many action heavy films over the years, working on projects like The Matrix, V for Vendetta, 300 and even stuff like The Hunger Games. The man sure as hell knows how to make a stylish action movie. This movie might be light on plot but it oozes style and the banter between the characters, although not on the same level and cheesiness as The Expendables is funny enough to have you laugh out loud at moments.

There are no performances worthy of an Oscar nomination here but the cast is rock solid with names like Alfie Allen (an even punkier kid than his character in Game of Thrones in this movie), Willem Dafoe, Adrianne Palicki, Ian McShane, Lance Reddick and Michael Nyqvist. The cast all deliver on the goods and it all adds up to a fun action romp.


I was a bit late on this bandwagon because, you know, Keanu Reeves and John Wick is almost off of the local circuit so be sure to pop in as soon as you can or catch it on Blu-Ray and DVD soon. If you like action with almost no plot but a boatload of style this one is for you and boy is it fun!
Posted by Charles Siboto at 09:42