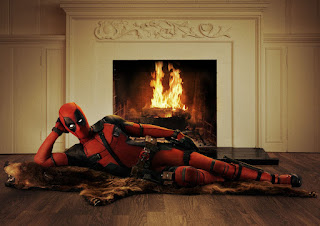 Seriously, you guys, I am freakin' super hyped about the Deadpool movie project! Since seeing footage last year and the shaky cam Comic-Con stuff I am on-board and I love how aware the project is of the past blunders with Ryan Reynolds and uses Deadpool's breaking the fourth wall shtick to poke fun at stuff like Green Lantern and how the Merc With a Mouth appeared with his mouth sown shut in Wolverine: Origins.

Fox has released the official green and red band trailers and both are just fun, especially how the green band trailer pokes fun at you for not just watching the red band version. The trailers also reminded me that I once liked DMX.

Here are both trailers and the trailer from yesterday with Deadpool narrating the debut of this official trailer. Sonic BOOM!