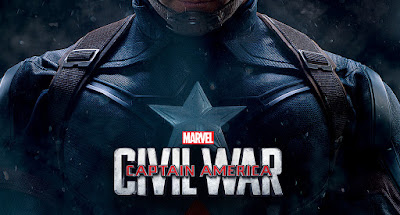 I was sick for a week and on my return to the land of the living I found out that we were getting Civil War on 27 April (Freedom Day in South Africa). I just wasn't ready though, you guys. I was still working with that 7 May release date and I am still reeling from the first episode of Season 6 of Game of Thrones. Can the old gods and the new please give a nerd a break out here? But it's all good, I got my game face and Marvel fanboy underwear on and got ready for the biggest cinema spectacle of the year!

Civil War is the best Marvel movie to date

Captain America: Civil War is the third Captain America movie and the thirteenth entry in the Marvel Cinematic Universe. After the huge success of the second Captain America movie, The Winter Soldier, the Russo brothers returned to the helm for Civil War and they made a movie that hits all the right notes. I am going into full fanboy mode here. This movie is perfect and it seems that every year I say this about a new Marvel movie, but it’s Odin’s honest truth every time. What especially makes Civil War great is that it taps into all of the history and lore of the universe it takes place in. This movie is not here to accommodate anyone by explaining too much. It is simply the culmination of all Marvel’s Earth-based movies to date.

Civil War is set in a universe where all the actions of every hero in the Avengers team have led to this point in time. The world owes the Avengers a great deal for the amount of times they have saved it, but at the same time, who watches the watchmen? Who takes the Avengers to task when innocent people die in the collateral damage of their battles? This is the overarching question that Civil War poses and it is a fair question and difficult to deal with.

Civil War takes a lot of beats from Winter Soldier in that it is a political spy type of thriller, but it borrows tonnes from other Marvel movies like Iron Man 3 that shows that superhero characters don’t have to be in their suits the whole time - they can deliver powerful, emotional performances just as themselves. After an incident gone wrong in Lagos, Nigeria the US Secretary of State, General Thunderbolt Ross, calls the Avengers in to inform them that the world cannot tolerate them operating unchecked and that the United Nations has come up with what they refer to as the "Sokovia Accords", which will establish an international governing body to monitor and regulate all enhanced individuals like the Avengers. 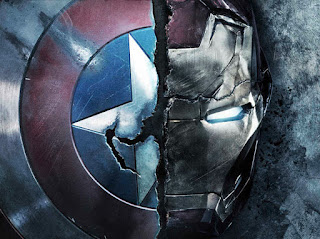 The battle lines are drawn in a response to this development. Captain America’s response is that he does not agree to having the team effectively being run by the UN, which is a political entity and has its own agenda. By signing the act, the Avengers would only be able to work according to the say-so of the UN. Since waking up in the modern world, Captain America has had to deal with quite a lot. The guy is Marvel’s ultimate boy scout and is usually the sort of team player who would never question orders. Unfortunately politics is a messy business and the Cap has been burned on many occasions dealing with organisations like SHIELD/HYDRA and he is loath to allow the team to become puppets of such agendas. Cap thus rallies the members of Team Cap to his side, because they share the same belief, or in Hawkeye’s case, because he called first.

Tony Stark is also carrying a huge load on his shoulders since the incident in New York and even more with the incident with Ultron, which he was directly responsible for. The man has been having panic attacks and sleepless nights, because he knows there are dangers outside of our planet that the Avengers might not be able to deal with (we know that Thanos is lurking out there, after all. Does that guy just sit in his space chair all day by the way? I digress though). Ultron rose from these fears and Scarlett Witch didn’t help by giving him visions of a bleak future where everyone dies either. Tony is almost on the opposite journey that Cap is on in the sense that he starts off as this carefree character who doesn’t adhere to rules and picks up a lot more responsibility on the way to the events in Civil War. It's difficult to decide whose stance is right.

This is just the simplistic view of the plot, because there are other forces at play and there is an actual villain in the movie. Batman v Superman takes itself very seriously and Civil War finds a sweet spot between the seriousness of everything that is happening with friends fighting each other, but there are many moments where you can just laugh and have fun. The movie is long at 147 minutes, but it never feels like it and it is cut in a beautifully economic way. 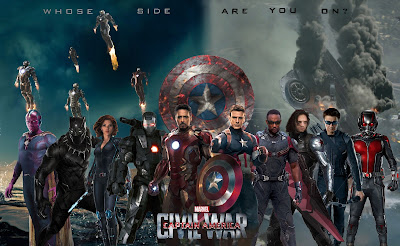 All your favourite characters are back and are all running around punching, kicking and shooting each other and the bad guys in super cool ways. All of them are there ... well, except for Thor, because he is doing Asgardian things and Bruce Banner is doing hiding out things. The highlights in terms of characterisation are the new people though. Chadwick Boseman makes his debut as T'Challa / Black Panther, the prince of Wakanda, the technologically advanced African Nation that is known for living in isolation and being the place where vibranium comes from. Marvel is pretty much done with long and windy introductions, so they just throw Black Panther in there with a brief but powerful introduction and the character then hits the ground running. The character is intriguing and I can’t wait for his solo movie and to explore Wakanda where, interestingly enough, they seem to speak Xhosa. I died of laughter in the cinema when T’Challa shares a moment with his father, King T'Chaka (played by South African actor, John Kani) and they just kick it in Xhosa, but with an East African accent.

Our favourite neighbourhood Spidy also gets a quick and punchy intro. Peter Parker is played by Tom Holland and he is the witty, funny, awkward Peter Parker we love from the comics. The movie also makes fun of the fact that his aunt, May, is so attractive (played by Marisa Tomei) in response to people freaking out on social media last year, because Aunt May is “too hot”.

Marvel just keeps winning and Civil War is just great. I can find zero fault with this movie. It delivers solidly on everything and all the characters are given their due in terms of screen time and personality. The action sequences are a feast, but the times where there is no fighting are also intense and while you’re still reeling from an emotional reveal they offset it with humour that provides the comic relief you need while not taking away from the gravitas of the situation. The new characters fit in and their roles aren’t just as cameos. All the Earth-based stories in the Marvel universe have led to this movie and it draws from and builds on the history and lore from the previous titles beautifully. Just go out and watch this one a few times. Just do it.
Posted by Charles Siboto at 16:16