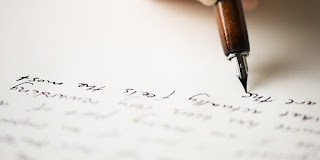 Trauma runs deep in my generation, right down to our bones. It hit me for the very first time lying in bed recently how much I’ve achieved despite my numerous failures or, rather, a perception of numerous failures. I spend so much time with middle-class to outright wealthy people that I measure my levels of success by their standards. This is something that has been exacerbated by my move to Germany and spending time with Europeans. Many of these people are painfully average and have none of the tenacity many people from my type of background possess and yet they succeed because they come from a place of security. This is no fault of theirs and I don’t blame them in any way. I am also not taking away from the individual challenges that even privileged people face. What I am looking to do for myself and people in the same situation as me, is examine and unpack my own trauma and, perhaps, get some closure.

Our childhoods form us and continue to haunt us as adults. One thing that sticks out for me when I look back into my childhood is that I am a liar, through and through. Just a terrific liar. Much like Holden Caulfield in The Catcher in the Rye. I mostly lie about my wellbeing. If you ask me, I’m always okay. I don’t know how to tell people that I am, in fact, not okay, that I am falling apart. Lying about my wellbeing has been my go-to brand of protective mechanism. What’s really captured my fascination lately, though, is how I’ve lied to myself over the years. I’ve wanted to be like all my middle-class friends so long that I have downplayed my journey to where I am now. I’ve allowed myself to be crippled by depression because I can never measure up to some standard that was never even for me. All I’ve ever wanted was to be good enough. I’m that fish trying to climb trees alongside squirrels.

My thoughts have been time travelling back to the parts of my childhood that have always been too traumatic to deal with. I’m the child of domestic workers raised in backrooms. I’m the product of leaky roofs and sleeping on i-sponge on the floor. I grew up with the green bar of Sunlight and taking baths in a waskom. I would never go to bed on an empty belly because my grandmother made sure we at least had a loaf brown and tea to break our fast and pap and cabbage to quiet the stomach rumblings before bed. I was raised by a grandmother who made less than R2000.00 a month. I was raised by a single mother who worked piece jobs, tying together small pieces of income to make ends meet.

Growing up, I was told that I’m smart and that positive reinforcement played a huge role in how I saw myself, it gave me the confidence to compete in school. I did well, but not a well as I know I could. My academic journey from primary school to high school was pretty much a gradual and somewhat graceful arc of good marks. I made it to university where, rather than a graceful arc, my academic performance became a herky-jerky line from one crisis to another. I look back at my time in university and it’s a time a remember fondly but also one where I feel I suffered failures that follow me to this day. I should’ve done better and I beat myself up quite a lot for that time. With my external circumstances, I did the best that I could, though. I need to recognise that when I had the mental breakdowns I did in university I had no support. No one in my family could guide me through that territory because I was the first person in my family to traverse that territory. I needed mentorship but tried to carry all of that weight on my shoulders. My mountain was higher than that of many of my peers but I didn’t know because I kept looking at them scale their mountains and feeling like I was not as good as they are. For people like me sometimes just showing up at a place is the victory, but showing up isn’t enough, you still have to complete the task at hand.

My measuring stick has been way off and I have never taken the time to sit back and celebrate any of my victories. I’m sitting here, right now, living in another country and I feel down when, looking back, every part of my life is a resounding success. It’s like Neil Gaiman said of his tremendous success with his comic book series, The Sandman, that he never heeded Stephen King’s advice to enjoy his success. Instead of enjoying his success, he spent the time worrying about it. I remembered this when the children’s book I co-wrote was published and enjoyed every moment of people coming out to support the book. But I still forget to do this with other parts of my life. It’s good to pause and look back at how far one has come. Sure, I’ve not achieved as much success as I would’ve liked and many of my peers are doing much better than I am but I haven’t done as bad as my anxiety would have me believe either. And in this age of Instagram where we only see the best foot that people put forward, you also can’t just assume that people are doing better than you because we hide our struggles. All each of us can do is be sensitive to what others are going through and to continue to learn to know and improve ourselves.

The main reason I’m trying to delve into my childhood trauma is that I want to write a novel and I am scared to death of the task at hand. The world is on lockdown because of the Coronavirus outbreak so I have time to focus on the task but panic and fear of failure are holding me back. What if I write a book and it’s not good enough? So, I’m sitting here trying to write through those childhood mental blocks. Looking back to move forward, as it were.