Living or Not Living 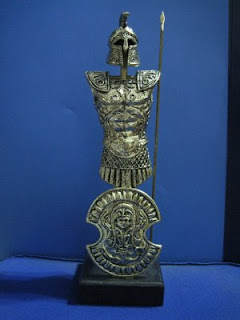 In his very strange novel, A Void, which is a lipogram of the letter “E”, Georges Perec writes:
Living, or not living: that is what I ask:
If 'tis a stamp of honour to submit
To slings and arrows waft'd us by ill winds,
Or brandish arms against a flood of afflictions,
Which by our opposition is subdu'd? Dying, drowsing;
Waking not? – William Shakspar

Yesterday morning I was totally peed off! ... Which is better than being peed on I guess. There were no buses again (not that there are buses today mind you), which meant I had to hustle lifts from everyone like a mad person because paying for taxis is burning a serious hole in my pocket – and I can’t afford a pair of those really cool fireproof pants they sell at Cape Union Mart. I spent my money buying a monthly bus ticket, only to have it sit uselessly in my bag because Metrobus is full of crap.

This is one of those times when it’s very irritating to be living in a society where it feels like the letter “E” has been letternabbed by some villainous organisation of hooded figures with girly fingernails and everything is topsy-turvy. I'm an indefatigable optimist though and slings and arrows waft'd at me by ill winds simply bounce of my imaginary Achilles' armour, which just goes to show how dangerous my imagination is.

My answer to Shakspar's question is that I choose to brandish arms against a flood of afflictions and to continue the imaginary revolution. For Frodo! (And my grandmother!)
Posted by Charles Siboto at 16:45

Forget the above timid one Charlie-san. So the raging against the dying buses continues eh? Oh wait...this is like ten and more days later is it not? But what the matter, is the situation not the same? Like the new look!