4 AM in the Morning 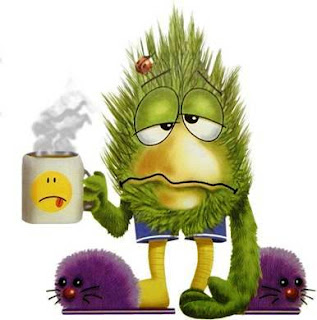 Half my life
is in books' written pages
Lived and learned from fools and
from sages - Aerosmith, Dream On

It’s four in the morning and I can’t sleep, I’ve been tossing and turning for the last hour... I might as well wake up and do something useful with my life. I’ve considered getting dressed and walking to the nearby pub for a beer or two but people having been getting mugged in the morning on my street of late – and I’m too lazy to actually get dressed. I wonder if that huge bouncer guy at the pub would let me in wearing only boxers and a wrinkled T-shirt...? Probably not. There’s also the fact that I have to be up in a few hours to mark a pile of portfolios and a beer or two (which really means six) wouldn’t go a long way in setting the mood for that sort of thing.

Don’t worry too much about it though, I’ll just sit here for a bit and kick the ol’ bull with you guys. You hear about the clown who assaulted the chicken crossing the road? Well, neither did I, it must have been quite a scene I imagine. What was cool, though, was chatting to one of the crazier (which should be interpreted as meaning über cool in this here instance) tutors at the English Department. We were talking about some of the crazy things she’s done in her life and why she did them. She tells me that at some point she got tired of reading about things and wanted to experience them firsthand. If you want to know what falling in love is like, allow yourself to be swept off of your feet on that euphoric wave of gushy feelings instead of believing what some author (even if they’re really clever) tells you. People like me tend to read about things and then think we’ve done them and thus have the wrong idea about them, which is not good depending on how you’re looking at it. The moral of the story you ask? Books are really awesome but at some point you’ve got to add to the Great Tapestry by actually getting out there and living (whatever that means).

That's my mini-ramble for the morning :) Later.
Posted by Charles Siboto at 05:03

Charlie, I do love reading your blog! :) As someone who has supposedly stopped reading to start living, I can tell you that....well, real life sucks in many ways and book are better. Books don't hurt you, books don't expect things from you and books don't judge you! Books suit me just fine, while life often doesn't suit me at all. Besides...how can you live a Terry Prachett novel or the Dark Tower series? :P