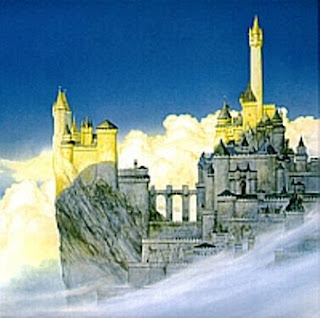 “Here is a sentence that no man who hath uttered it really believed it: I’m just as good as you are” – C.S. Lewis

I’ve been told that I’m arrogant by people who think I think I’m better than they are in some manner and this has baffled me for the longest time because I don’t have much to be arrogant about! I’m not outlandishly handsome (though I’m not ugly), I’m not wealthy as far as money goes, I don’t have the best fashion sense, I’m rarely the centre of any social gathering and though I’m intelligent I’m by no means the most intelligent person I know. I’m merely a chocolate Columbo, a winsome character in his bumbling manner. The answer to this question came to me as I was listening to Peter Kreeft’s talk on the beauty of language. In this talk he points out that people actively hate words! The very idea causes anyone who can claim any sort of humanity’s soul to cringe because, as Kreeft points out, words are not merely labels for things but rather it’s in words that things live, move and have their being, in words they come to us; language, according to Heidegger, is the house of being. It is in words and language that things first come into being and are, thus the misuse of language destroys our authentic relation to beings, because what you do to words you do to things. I’m a lover of language and when I speak I tend to do so as juggler, I love to play with words, not very ‘big’ words mind you, just your normal, everyday sort of fare and this irks people. I don’t know why but it immediately puts me on their radar as someone who is trying to belittle them, which is never my goal. I’m blessed in that the majority of my friends are more intelligent than I am so I’m always the one learning new things from them and listening in wonder at how they spin their stories. I can sit for hours on end and listen to people tell me about themselves because they are so ‘other’ from me and the words they use are like a song I cannot emulate. This obviously applies only to interesting people. Thus, it’s not people’s cold intelligence that impresses me but the way in which they present their being, if that makes sense at all.

I’m in love with beautiful words and ugly words grate my soul, which is why I cannot listen to most popular music, I can find no beauty there. I guess that this goes a long way in setting me up as an elitist. People are not happy when you tell them that the things they like are ugly. I happen to like a great many things that friends I respect tell me are ridiculous and thus my opinion on a thing should not be taken as an attack but rather as a misunderstanding thereof. I like being schooled and once you point out the beautiful side of a thing to me that is the only light in which I will see it from then on. Tolkien’s The Silmarillion is the most beautiful book I’ve ever read but most people hate it! They tell me it’s dull and unnecessarily difficult in its language usage. I understand exactly what they mean because the first time I read it grasping the language was a herculean task. This was a failing on my part though, not Tolkien’s. When I tried again a few years later I could understand the language and thus Tolkien’s poetry. The beauty I found there was like Lewis’ comment on The Lord of the Rings, lightning from a clear sky. People, especially students, have the same problem with Shakespeare; they hate him only because they don’t understand him. Once they learn how to read him they realise that no one sets up the drama to a story like that man! Mathematics is another example, I just don’t get it but when mathematicians speak of it I can see its beauty for a brief but clear instant. There’s a quote whose source I’ve forgotten that says, “Euclid alone has looked on beauty there”. That is to say that Euclid saw geometry as one would poetry and thus found beauty but we look at it from a utilitarian vantage and it’s drab and ugly from where we sit.

Going back to what I was saying before I started down this side road. I like language that portrays Glory, Splendour, Hierarchy, Height and Formality because it hearkens to a better time in humanity’s history, a history that didn’t really exist in the ordinary sense of the word but a history that’s as real as you and me nonetheless. I speak of a time that every civilization in our past strove for but failed to hit the mark. Here in South Africa many of us still remember the atrocities of Apartheid but now that I, as a black person, can look back at that sordid past with a sort of fascination it’s apparent that people like Verwoerd were racist but in their own crazy way they were trying to preserve the purity of the ‘race’ and their biggest fear was the pollution of their blood so they did what people who are afraid do, they attacked the monster before it could get a chance to attack them. Every mess that has ever been made of governments in our history was made in trying to create a Utopia. Though we fear words such as Splendour and Height it’s what our souls yearn for, our souls believe in a monarchy. Our souls want to inhabit a kingdom ruled by a just King where we all observe manners and customs. Our souls love obeying the righteous law and modern people make the mistake of seeing people who live in accordance to the universal law of humanity and thinking they’re arrogant when in fact they’re the epitome of humility.

That’s the end of my winding argument to prove that I’m not arrogant but simply aligned to the natural law of things and that I like words and thus speak a lot. Also, I’m a bit more of a saint than you are :P
Posted by Charles Siboto at 20:10