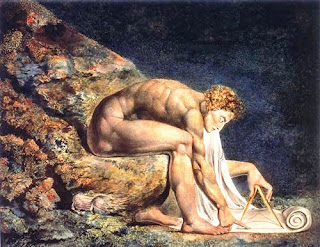 This is the magical scene that will play out in Heaven as I awake from death, as though it were a dream:

‘“Well, Master Samwise, how do you feel?’ [Gandalf] said.
But Sam lay back, and stared with open mouth, and for a moment, between bewilderment and great joy, he could not answer. At last he gasped: “Gandalf! I thought you were dead! But then I thought I was dead myself. Is everything sad going to come untrue? What’s happened to the world?”

“A great Shadow has departed,” said Gandalf, and then he laughed, and the sound was like music, or like water in a parched land; and as he listened the thought came to Sam that he had not heard laughter, the pure sound of merriment, for days upon days without count. It fell upon his ears like the echo of all the joys he had ever known. But he himself burst into tears. Then, as a sweet rain will pass down a wind of spring and the sun will shine out the clearer, his tears ceased, and his laughter welled up, and laughing he sprang from his bed.’
- J.R.R. Tolkien, The Return of the King

I’m sitting here pretending to be marking first year English assignments but because I suffer from ADD (or whatever they call it these days) I can’t pay attention to another string of words that make no sense to anyone in the universe or any of the infinite ones parallel to ours – not even the person who wrote them. Unlike J.R.R. Tolkien my mind does not conjure up hobbits when faced with the deadly dull task of marking, mine wanders to random things instead, like whether or not there will be magic in Heaven. The Silmarillion and The Lord of the Rings have me convinced that there will be tonnes of it.

What sort of magic will it be though?

To use Terry Goodkind’s terms, will it be additive or subtractive? Will it be the sort of magic worked not by our souls but worked on our souls as Peter Kreeft puts it? Will it be the charming magic of animated Disney movies that sees dishes washing themselves and beautiful Princesses aroused from eternal slumber by true love’s kiss? I’m secretly hoping for dragons and centaurs. I’d love to have tea with a majestic dragon, assuming dragons care for tea that is. Imagine how big a dragon’s tea cup must be!

I went to see Thor some time back and if Heaven’s anything like Branagh’s vision of Asgard I’d be quite chuffed; all the best parts of a fantasy medieval setting merged with futuristic technology that has no side effects like pollution. It would have to be bigger than Asgard though, so as to accommodate my dragons. I’m a big fan of flashy and destructive sorcery I must say: Wizard’s fire, the fiery tempests in Dragon Age, crazy chain lightning and such. I doubt there’s place for destructive magic in Heaven though, especially since I’m referring to post-apocalyptic Heaven, when Satan and all his crazy minions have been smote down by Heaven’s awesome Secret Fire-wielding host and the Flame Imperishable has been sent to burn at the centre of the universe(s) forever and ever. Amen.

I should expect a behind-the-scenes sort of magic then I guess, only a little more overt than can be glimpsed in Nature. God is a big fan of espionage after all, what with Him always working His magic from the least likely of places and in a most covert manner. Take for an example in The Lord of the Rings He doesn’t make so much as a peeping sound but in which His presence makes all the difference.

Heaven’s magic is, no doubt, rooted in beauty – the lofty beauty of an Elvish Princess like Lúthien that captures the hearts of admirers the world over but can only be won by the most noble of beings, and yet it is a beauty as humble and accessible as a Samwise Gamgee of the Shire. Beauty alone is not enough though, for it to be truly magical it must be accompanied by truth, wisdom and all that good stuff.

Arcane arts like necromancy are out of the picture then; zombies, as cool as they may seem, are only a mockery of real life after all. Such arts are of a lower type of magic, not that of creation (or sub-creation).

I would venture to say that the purpose of magic is not to be seen but to be experienced. Real magic feeds a deep human need for wonder. It speaks to us as though we are children exploring the world and looking at everything in it with awe. Scientists experience the universe’s magic as they set out to unravel its mysteries and theists (the real ones) encounter this magic in their unshakable faith.

In the Middle-Ages it was said that God wrote two books, the Bible and Nature. The world in which we live is a magic making machine and many of us don’t even notice it. Nature is God speaking to us of love, beauty, perfection, imperfection, death and many other such lessons beside. The universe, as such, is a picture of what the magic of Heaven will be like, the sort of magic whose presence is never noted but whose absence is immediately apparent.
Posted by Charles Siboto at 16:23