The Nerds Have Taken Over 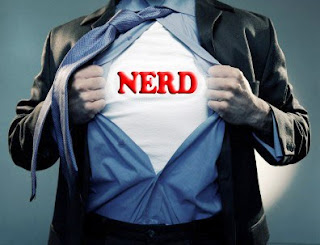 ‘Be nice to nerds. Chances are you’ll end up working for one.’
- Bill Gates

Not that long ago, in a galaxy known as the Milky Way, on a planet called Earth by its inhabitants, I read the words ‘Save A Non-Geek Today’ in a computer magazine’s Editor’s note and was amused by the seemingly farfetched concept. Little did I know that those words foretold of the tech revolution that has silently swept over the world and converted the masses into geeks without them even realising it.

A short decade ago people who spent hours playing video games, reading fantasy, sci-fi and comic books were thought to be weird and had chairs thrown at them wherever they went by their intellectually inferior peers. These people went under ‘derogatory’ labels such as nerd and geek and were generally frowned upon for their silliness and were told that they should grow up.

What people don’t know, though, is that you can’t keep a nerd down for long because he will go back to his secret lair (because we all have one of those) and hatch a plan, so cunning you could pin a tail on it and call it a weasel, to take over the world! Which is exactly what happened, the nerds took over the Hollywood machine and with it the world. The message being sent out to the masses was (and I guess still is), ‘Don’t fuck with us! We know how to build guns that shoot lasers.’

There was a time when you had only a handful of television shows and movies to pick from if you had a craving for super heroes, space or medieval settings, especially if you were an adult and wanted something fantastic yet mature. Movie studios were reluctant to touch such material because they feared that they couldn’t sell it to a wide enough audience. Steven Erikson, Canadian writer of the Malazan Book of the Fallen series of fantasy novels, spent nearly a decade trying to sell his script for Gardens of the Moon and nobody wanted it because it was too ambitious! He’d walk out of studio meetings with his friend, and co-writer, Ian C. Esslemont with words such as: ‘Try something . . . simpler. Something like everything else out there. Something less . . . ambitious.’ Studios didn’t want to invest in material that audiences might find to be too complicated, which makes sense to a large extent but in the process they were grossly underestimating the intellectual capacity of audiences. People wanted something that would challenge them, hence the success of ventures such as The Matrix. People wanted to go to the cinema and be sold a fantastic story that is intelligent enough to actually buy into. People wanted, as Erikson puts it, ‘sophisticated shit’.

This, my furry friends, is where we are at, the space-age of television, cinema and literature in general. Admittedly it’s not the high-tech world envisioned by great minds like Isaac Asimov, in which the human race has conquered the stars, but strides have been made. The nerds are in charge of a large slice of the Hollywood pie and, like the gay community, we (me not so much actually, which is an outright travesty!) have the buying power to sustain that hold. Since the release of movies like The Lord of the Rings, Watchmen, V for Vendetta, 300, Sin City and others beside sci-fi and fantasy have had a ubiquitous presence in the box-office. This year has been great! Seeing releases like Thor, Priest and the fourth Pirates of the Caribbean and there are still upcoming titles like The Green Lantern and Captain America. 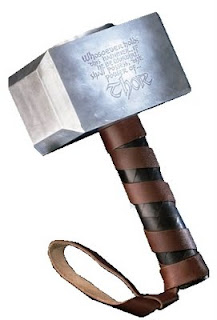 The masses love these movies and don’t even notice that they’re buying into the worlds of the kids they made fun of in school. Nerds have taken over almost every aspect of people’s lives. Just take a look around you at the wide-eyed uninitiated masses toting laptops, Blackberries, PSPs, DSs and hanging out on Facebook and Twitter – slavish devotees of the wonder that is technology with the nerds at the head of the revolution.
Posted by Charles Siboto at 17:37