Fuck It!!!/Back in the Swing of Things 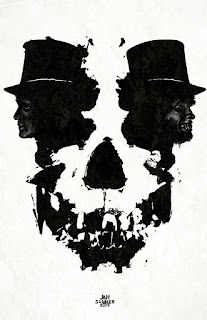 This is what happened last week Saturday:

My first post of 2012 and I'm just fucking angry! I'm angry at myself, I'm angry at the world in general and I'm angry at the Big Fella in the sky. I wish I had a fist the size of Cthulhu to punch the living shit out of everything I gaze my eyes upon... or at least a chainsaw to just fuck shit up. That would make me feel all kinds of better.

The funny thing is that I woke up in a pretty good mood today and it looked like my day was going to be all sunshine and tulips. I was going to type up a charming post about nothing in particular, a post characterised by my Charlie brand of humour and all. But everything went downhill with one incompetent computer store owner named Steve fucking up my day by being a douche bag of note. I bought a PC from this dude for a friend of mine who was supposed to pick it up at my place but decided he's going to Mozambique instead. This wasn't a problem since he gave me the cash moneys for it and I still stayed in my own place. Shit hit the fan when my cash moneys stopped going the distance they usually go and I decided to move back home with my momsicals with my tail tucked between my legs because I'm an idiot and unlike Charlie Sheen I lose at life. I digress though. The point is I didn't have space for my useless friend's PC anymore so I took it back to the computer store selling it for half the price I had bought it for. Steve tells me to pick up the money today, to which I agreed without any worries but when I fucking get there today he ignores me for what felt like an hour and then tells me to come back later. At this point I just lost my fucking marbles. Why didn't he just say this when I walked into the store?! Fucking retard.

This, of course, led me to being angry about everything I've ever bottled up in 2011. Now I'm sitting here trying to get my rage under control but it's not really working. I have the urge to take this computer and its slow internet connection and shove at down someone's throat. Way to fucking ruin my day universe! Thank you.

P.S. I still want a bunny-chow after craving one for a long ass time now. But guess what!? I don't have the money for one. Fresh Fog Fuckery! Argh.

So I had a so-so week till I met someone I'll tell you guys about as soon as I get time to sit down and do this woman some justice on my keyboard.

Today is just announcements. I have big plans for this year, plans the size of Cthulhu and I'm going to be working my sexy ass off to get things done and packaged nicely for yours and my enjoyment.

The Apocalypse cometh and we gotta do epic shit before it knocks on the world's door (with the exception of South Africa, Australia and New Zealand - we're gonna survive that shit) and stops the party. So see you guys next week with the new line-up.

I really like your blog, it looks very nice, I'm happy to visit again to see your blog because it's very good indeed, thank's for all. Regards, positive affirmations for self esteem really hope to be your friends

Thank you very much and I'm happy to say that I'll be spending more time here and that we definitely can be friends.