I’m very preoccupied with the idea of home and homelessness; these binary opposites seem to be one of the resounding themes of my life. Both states have a push/pull relationship in my life. I struggle with the idea of home because I’ve never felt at home anywhere I’ve ever been – my soul has been restless for as long as I have been breathing (which is not really that long). 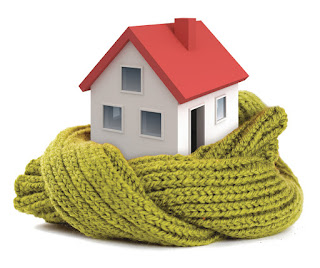 “All these people were still living by faith when they died. They did not receive the things promised; they only saw them and welcomed them from a distance, admitting that they were foreigners and strangers on earth. People who say such things show that they are looking for a country of their own.”
-          Hebrews 11 v13 -14

I catch glimpses of what I imagine home is all the time, especially in books. J.R.R. Tolkien’s Middle-earth feels the most like home to me. Every time I read any of Tolkien’s books I think, That’s it right there. I catch glimpses of home at home (where I live) some days but that doesn’t happen often. I like my people and whatnot but where I live is not it for the most part. I don’t feel that I belong here and yet I believe it’s necessary that I stopped here and learned what I needed to learn for whatever reasons. I find glimpses of home in religion, especially Christianity and I’m inclined towards believing that restless souls must have a place where they find rest. Was not thirst created to be quenched after all? The theme of home is also quite prevalent in music and my ears tend to gravitate towards that sort of musical space. Even my playlist is titled Home. 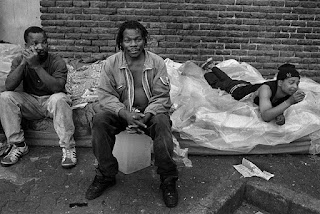 Then there’s the state of homelessness that I fear and am intrigued by because I feel I’m in it somehow. I’m fascinated by homeless individuals and when I can talk to them I do but they’re not very forthcoming about the details of their lives. What I want to know is Day 1 of being homeless, what’s that like? Do you carry whatever luggage you have and just sit down at some point, like the ‘detective’ in Paul Auster’s City of Glass? What drives a person to homelessness? Is it a gradual series of unfortunate events? Or can it be a sudden, unexpected thing? Bam! You’re homeless. I’m lead to believe that it’s mainly a gradual sort of thing because of how I sometimes feel about my life. I think it’s a very real possibility that I could be homeless one day. I worry about this shit. No one really believes me but they don’t know me like they think they do. I know me and homelessness could happen to me. Life isn’t anyone’s friend – it will take you wherever circumstances and your actions dictate. Some of us aren’t going to walk away from this without wounds that cut down to the very core of our beings – it just doesn’t work that way. Charles Siboto is a fairly intelligent young man but as a result of consequences both foreseen and unforeseen he became homeless. That shit right there could happen. The thing with homeless people is that they’re like the ultimate ninja of the world. No one really notices them. Sure we see that they’re there but we go out of our way to pretend that they don’t exist. I see them and want to know what they’re about. I need to know. So I can be prepared.


In addition to the physical ideas of home and the lack thereof there are the conceptual and metaphorical states and I often wonder how they relate to one another.  Take as an instance the fact that I live in a physical structure with my people – that’s home and yet I feel it’s not. When I’m weary of the world that’s where I want to retreat to but it’s still not home at all, it’s merely shelter. I still prefer it to anyone else’s home even though it’s still lacking in something essential. For my mom where we live is not home, for her home is Sterkspruit, where she was born in the Eastern Cape. She seems to know without a shadow of a doubt that that’s where she belongs. For me Sterkspruit is even less like home than where I live. Technically speaking I have a home but spiritually I don’t feel that I belong there. It’s very fascinating how that plays out.


I am spiritually homeless and so are many people in the world. People do strange things to find home – African Americans come to Africa to find their roots but I think they find that they wouldn’t have a great time living in most African countries more often than not. Some of them probably find something they’re looking for, I don’t know. The human race is spiritually homeless I’d wager. It’s that whole Matrix idea where you have something stuck in your mind like a splinter you can’t remove. That’s what it feels like. Some days it’s an annoying feeling and on other days, good days, it’s all fine and you don’t mind at all. One of the main reasons for things like religion and stories is to find home. ¡Mayday! says, “Find yourself a heaven and an angel you can hold / They say the world is ending but we really never know”. Unlike Tolkien’s Elves, whose existence is tied to the world and its fate, ours is a separate and unknown fate. We are merely visitors in the world.

Anyhoo, that’s my take on it. God, even E.T. needed to find home so it must be an important endeavour. That’s if for now, I’m er... going home.
Posted by Charles Siboto at 15:23