My original piece on Quicket.co.za.

Africa is the continent that gave birth to the human race, it is a place of abundant natural wealth and it is a place of great beauty. By rights Africa should be the Eden of our planet but, alas, it is not. When the rest of the world thinks of Africa they think of war, poverty, laziness and people who are late for appointments. The rest of the world either looks down on us or sees us as some sort of charity case. South Africa, like many African states is a place of vast wealth and crippling poverty all in one place. TEDxTableMountain, like all TEDx events all over the globe, is an independently organised event that looks to get people together in the spirit of nurturing ideas worth spreading. TED is a non-profit organisation devoted to spreading good ideas. It started as a four-day conference in California some 26 years ago and has since spread to the rest of the word, even darkest Africa. The idea is that thinkers and doers are asked to give a talk in 18 minutes that will share a great idea. Independent events are organised under the TEDx name with support from TED. So although Africa has many problems there are many individuals working hard and working smart to address our problems. TEDx TableMountain hosted their second event on Monday night, 25 May and the theme was: Journeys of Excellence. 25 May is also Africa Day so what better way to celebrate the continent than listening to a great line-up of speakers explore ideas that can help ease some of our problems or at least start a conversation that will pave the way to solutions. 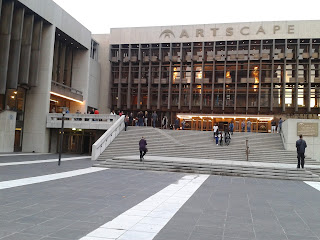 This year’s TEDx TableMountain event took place at the Artscape Theatre and curator, Candice Pelser (@CandicePelser) and her team did a great job organising the event. I’m a super nerd for any event where people share ideas and dragged my ever suffering girlfriend with me to the event. We were welcomed with a ‘passport’ to the talks each and some other cute freebies and it was all rather cool. The crowd was massive and everyone looked excited to be there as they stood around chatting. We had to wait a bit longer than expected to be seated because the previous Africa Day event ran a bit longer than anticipated. Once everyone was inside the theatre and seated we were ready to go. Some important and somewhat familiar looking people could be seen in the front rows, the most recognizable being Premier of the Western Cape, Helen Zille. I made a mental note to take a selfie with her later.

Our Mistress of Ceremonies for the evening was the beautiful, delightful and super enthusiastic Chi Mhende (@chi_mhende). The evening saw some powerful performances by the Ikapa Youth Dance Theatre (http://ikapadancetheatre.co.za/trai/youth-dance-theatre), Derek Gripper (@derekgripper) translating great African composers whose music is passed down for generations but never written down and the group, Whispers of Wisdom (@Whisperzofwiz) delivering a performance that inspires Africans, especially the youth, to dream bigger than is expected of them. The overarching theme on the evening was that even though South Africa and the rest of Africa are facing serious and very large problems Africans can step up to the plate and through individual and collaborative journeys of excellence we can rise above those problems. 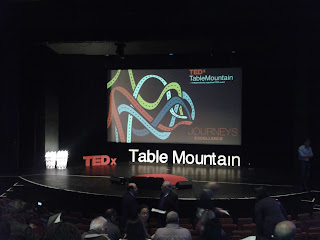 The speakers were made up of Dr Gubela Mji who spoke about her experience working as a researcher collecting data about how to improve the lives of disabled people but then seeing that research just being stored up in shelves and never being used for anything. She formed a network with other researchers and like-minded individuals to take all the data just sitting around and started exploring ways to make the date accessible enough so as to actually be useful in improving the lives of disable people. Paul Mesarcik (@paulmesarcik) showed a device that he and his team created to detect shack fires before they spread and leave many people homeless. The device is called Lumkani, which loosely translates from Xhosa to English as everyone beware. Dr Llewellyn Padayachy, a paediatric neurosurgeon spoke about his research into non-invasive techniques to diagnose and guide the treatment of critical conditions affecting the brain, especially in poor communities in which many people can’t afford expensive surgeries for diagnosing such conditions. Dr Tindile Booi is a qualified medical doctor and now works in a psychiatric context and helps children from difficult backgrounds and teenagers affected by HIV cope with their situations and helps them believe that life is worth living. One of the ways she does this is interactive storytelling. Dr Tindile Booi’s talk/performance was my favourite of the evening and her way of telling stories, singing and dancing is a thing of beauty to behold.

Shadreck Chirikure is Associate Professor of Archaeology and Director of the Archaeological Materials Laboratory at the University of Cape Town and he addressed the negative view that people have of Africa as never having produced any technology. He explored some old findings to the contrary and showed that Africa has produced some advanced technology through its history. Continuing with the technological trend Prof Robert van Zyl showcased the CubeSat he worked on with his students. The CubeSat is a nanosatellite in the shape of a cube that can be sent into Space at relatively low cost. Joseph Wamicha, a young man after my own heart, spoke about how the idea of deeper space exploration and eventually colonisation is not just the stuff of science fiction but something we can work on right now. The Earth’s resources are finite, as we know very well here in Africa, but if we could look beyond the Earth and tap into the bountiful resources of the universe we could solve many conflicts here on Earth. 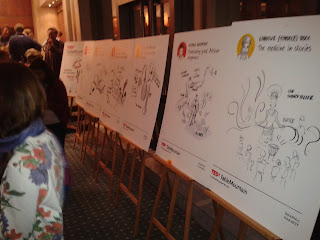 What I took away from the evening is that Africa is more than just a place of darkness and backward thinking. Yes, we have problems but Africans are more than capable of surmounting those problems with the wealth of resources we have. Not resources in terms of gold of silver but rather our human capital. Africans know hardship but this is also what makes us more resourceful and think outside of the box. Africans can be excellent and be a force of good change in the world. Events like TEDx TableMountain are very important because they provide us with the platform to get together and discuss our problems and our ideas for solving them.
Posted by Charles Siboto at 12:01