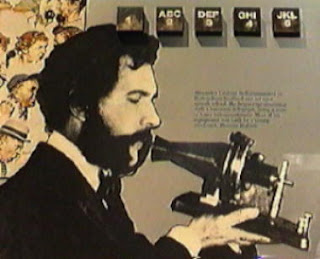 And when the Lord saw that he turned aside to see, God called him out of the midst of the bush and said, Moses, Moses! And he said, here am I. – Exodus 3: 4

I’ve been hearing the call to start my journey home and like Niggle I’ve been procrastinating and loafing about with the silly notion in my head that it can be put off. If I was to be president of South Africa for one day [the 19th of October for example ;)] I’m pretty sure the country would suffer irreparable damage that would make people think the current administration to be divine ministers of justice.

The scariest thing I do on a daily basis is say to God, “Thy will be done.” As Narnians point out, “Aslan is not a tame lion.” One never knows what He might do to you. He starts out by fixing the leak in your roof and if you don’t stop Him, He starts fixing all sorts of things you never knew were broken and because He sees the bigger picture He breaks all sorts of things in order to make space for new ones. I’m scared of this and I don’t like it one single bit – like my destructive habits.

I imagine that Joseph learned the lessons of humility and forgiveness thoroughly in his time as a slave, in jail and then seeing his brothers again. Joseph was not perfect and God, through hardships, raised him up pretty damn close to the standard. But Jesus was (and is) perfect, so perfect in fact that He came down from Heaven to be the sacrifice for our sins by suffering unspeakable agonies on Calvary. Peter Kreeft repeatedly points out that Jesus came to set the standard for us and that His suffering was not an exception to the ‘rules’ of Christianity. If Christianity requires that you give your life for people who spit at you, you give your life without complaint. Thus, every time I say to God, “Thy will be done.” I say it with fear and trembling. What I’m really saying in my heart of hearts is, “Thy will be done” if it does not include pain, suffering, sacrifice, humiliation and a host of other unpleasant things. But count me in on the milk and honey parts, I’ll roll with that. I’m being silly, there is no place in the universe where God allows people into His kingdom without having faced the trial of living in this universe where you might get stabbed, hugged, shot, kissed, pelted with rocks or showered with love. With so many other people with the same free will you have about just about anything might happen. All one has to do is to keep on walking the narrow path that leads home.

With great consideration I’ll choose the path to follow
I’ll pick up my sadness, madness and new-found gladness
And together we’ll walk down that winding path
Singing our tuneless song into the sunset - Young Man Going West
Posted by Charles Siboto at 12:41