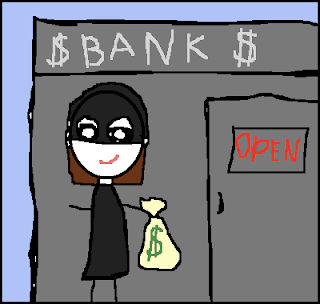 In this life one needs a Plan, a towel, a tie and a hammer to make it big. If you’re lacking any of these tools be assured that your name will never go down in the annals of history as a person who was legend. The last three items on the list are easily acquired by anyone 21st Century-savvy enough to walk into a store or two and fork out some cash (which can be acquired through begging, stealing or by being employed). The Plan, though, is the nut-kicker. Without a solid Plan things will not fall into place for you.

Have you ever see Ocean’s Eleven? Yes? Good. George Clooney and his gang are people with a rock solid Plan in that movie. So much so that they went and carried out their Plan in two more movies. That’s the sort of thing you should be aiming for with your Plan. 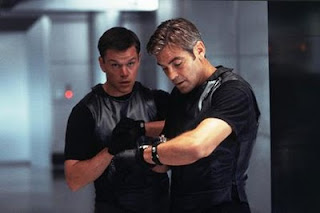 Everyone wants to win at life and keep on winning till the day they die. Some people are so good at winning that they do so even after they’re dead. These are the people who have their names spoken in hushed tones of reverence. They are legend and had a solid Plan.

What constitutes a solid Plan though?

Ask yourself what you want in life and jot it down, every little thing you want. A lightsaber, super powers, Wonder Woman as your girlfriend, to become a surgeon, 2.5 kids, a bat mobile, jot everything down. If you’re going to make a list, you might as well make a proper list. It’s no use messing around.

With that out of the way you have to ask yourself how much effort you will need to invest into getting the ridiculous stuff on your list. This, alas, is the part where you have to be realistic. The best way to go about attaining your desires is to get hold of money, loads of it. The more money you can get the easier it will be to get people who are much more intelligent than you are to spend all their time finding a way to get you super powers.

The coolest way of making loads of money is to rob a bank and use that money to start a lucrative crime syndicate that allows you to have your grubby paws in every cookie jar on the shelf. It is recommended that you spend a few years on this part of the Plan. Also, try avoiding going to jail if you can. If you do get caught spend your time behind bars getting a business degree of some sort and doing push-ups. Use every step in the Plan as a learning experience. The only thing that can stop you is death – avoid it at all costs.

You will know you’ve made it to the top when you find yourself at the head of a boardroom table at the top floor of a skyscraper, surrounded by shady crime bosses clad in Armani suits and whose faces are wreathed in Cuban cigar smoke. Also, you’ll be donning a very snazzy tie and own several comfortable towels. It’s at this point in your life that you can get everything on your list by means of bribery and/or intimidation by way of hammer-wielding thugs (dressed as Thor if you like). Patience, that most admirable of virtues, would be a great addition to your repertoire at this stage (if the years of working on the Plan failed to bestow it upon you – you slow learner, you) but if you do get a little impatient once in a while torture a henchman or two – it’s such a great way to release all your pent-up emotions.

That, furry friends, is how you win at life.


Disclaimer: George Clooney gives this Plan his approval as being rock solid. Also, he is Batman with nipples. That is all. As you were.
Posted by Charles Siboto at 18:26