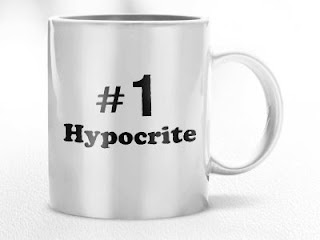 South Africans are a rubbish bunch it seems. I was watching the news this morning and the xenophobic attacks in Alexandra are dominating headlines. South Africans living in Alexandra are blaming foreigners (mostly people from Zimbabwe) for the high crime rates and for apparently taking jobs that should be given to South Africans and thus they decided to form a mob to get rid of the foreigners by breaking into their homes and beating them up. These people are such hypocrites! Just a few weeks back racism (in South Africa racism is only noted when the perpetrator is white – talk about double standards) was making headlines and people were complaining all over the place that white people are looking down on them and treating them like sub-humans. Those same people then turn around and treat foreigners like sub-humans. One would think that people who know how it feels to be ostracized for some arbitrary reason like skin colour or funny toes would have the wisdom to not go and do the same thing to other people. I hate being one of those pessimistic people who sit around and say that the country is going to hell in a basket but with the realities of racism (by which I mean acts of racism perpetrated by all parties; black, white, coloured, Elvish, etc), the energy crisis and crime in the country the situation looks rather grim.

There are many people, though, who are being proactive in trying to eradicate injustices. To all those people who are fighting the good fight against these social ills please don't lose courage.

Careful Charlie since you are going japanese native you know? They might club you for that!

Club me for being from SA?

Dude! Club you for going Japanese native! They need scant excuses for their bloodlust you know...

Well I'll be gone before they start taking out them nasty Hack Slash-esque clubs!

i think alot of South Africans are quite ignorant and the one's that are'nt do not take the initiative to educate others. eg. most countries economy's are based on tourism and mainly outside influence. 'We are willing to allow a "white man" (whether he be from Nigeria,Congo or Mozambique) in our country but any non-whites from Africa are surposedly stealing our jobs!!! What makes a White Nigerian man different from a Black Nigerian man?
Life is what u make of it, people expect jobs to be handed to them on a silver platter (please). The problems with most South Africans is that we are lazy MotherF*ckers. I mean first we blamed the white man when there were no jobs-the solution for that was affirmative action. Nw becoz the unemployment rate is so high we look for other excuses like blaming Foriegners for getting up & doing something about their harsh lifestyles, which are in most cases worst than ours.Y not blame our Wonderful and So Highly Educated Government? These people (foreigners) are hardworking becoz they come 4rom extreme circumstances, instead of ostracizing them we should look @ them as EXAMPLES AND STOP COMPLAINING. To all those that feel foreigners are here to make our lives difficult i think you should educate urself & maybe realise that these people like everybody else are trying to survive this hard knock life. In the end we're all trying to survive.
Peace

Thanks for the comment, sean. I agree, those of us in the know should stand up and educate the masses. Isn't it funny though that in modern society smart people are always the ones being pushed around instead of doing the pushing around? You'd think smart people would be smart enough to do the ordering about. Take these attacks for example, a bunch of not-so smart people stood up and decided to kill people they feel are threatening them. They went about it all wromg but it seems not-so smart people are more prone to action than their intelligent counterparts.