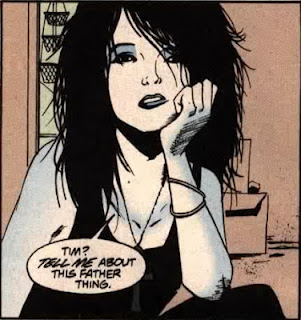 I'm gonna go with Dee because I think you'd like that, what with the whole whimsical outlook that you have on... er... life. Tell me, what's the thing you have with the hotdogs? Now, don't get me wrong, I respect hotdogs as much as the next person but I'm not all that crazy about them. Give me a good boerewors roll on any day (yes, even Tuesdays when I'm ironing my socks) and I'm ready to go. I'm not sure where to but I'll be ready nonetheless. Well, I guess the one thing I won't ever be ready for is meeting you in person - boerewors or not. I've been down with sickness of late and that made me think of you a little. Look, I like you, I really do but I'm just no ready to meet you yet. The thing is that you're very pretty and I'm shy. I wouldn't quite know what to say and I'm usually a guy who knows what to say. Anyhoo, whatever, we'll see how that goes whenever you decide to pop over to get me... It'd be nice if it was later rather than sooner though.


A colleague lent me her copy of Endless Nights and it was quite cool reading about you and all your siblings. I must say that you are fairly patient, waiting for those people who locked themselves away from time on that island. I guess you have some time on your hands though. You must introduce me to Destiny! I think he's my new favourite of your siblings. He likes books (well, the one book but it's the book that contains all the stories ever told) and I like books so maybe we could get along. I have a friend, Sleuth, who's very much like him in demeanour so I can hang with him. Let me know hey. I like that guy. Also, tell Dream to cheer up a bit. He's been giving me odd visions at night of late. I don't mind odd things but lines need to be drawn. I really am not sure why these lines need to be drawn as opposed to painted or embossed but it is what it is. Be a good girl and tell him, why don't ya.

I plan to read more of Dream's stuff but Destiny needs to stop being so passive and also get stuff because I'd be very interested in reading his stuff.

It's been a while since I last wrote you and I apologise for that. It's a good thing that you're so patient. It's Friday over here and so I need to rush off to do Friday kind of stuff like go to the beach or whatever. Mainly whatever. Have yourself a good time hey and I'll write you again soon (the human version of soon, not the Endless one).