It's almost two years ago now that I speculated that the nerds are taking over in an article I wrote for Bizcommunity. Much like House Tyrell the movement has carried on growing strong since then -- minus the floral motif. All things nerdy are in everyone's face all the time and we love it. It's hard to believe that there was a time when people used to make fun of us.

Having always been an odd mixture of nerdy recluse who spends Friday evenings reading comic books and socialite who spends Friday evenings drinking too much and hugging strangers has given me a bit of insight into what nerds like and what so-called 'normal' people like. Nerds are a hardcore breed for the most part, we like details and getting the small things right in our stories. I remember getting into an argument with a sales person at a bookstore over a John Howe illustration on the cover of J.R.R. Tolkien's The Lays of Beleriand some years back. She claimed that it was Sauron battling Aragorn (as if that ever happened) on the cover when it was clearly Morgoth's epic battle with Fingolfin. I lost my shit! We also get excited by small things like a cameo appearance by people or characters we admire in pretty much non-consequential scenes in movies or books. It's such weird things that make sensible people want to throw chairs at us. Normal folks, on the other hand, seem to just want some nice, relaxing fun. They don't give a damn whether Ben Affleck's going to be the next Batman or not as long as there is a Batman to enjoy.

I find myself in the middle these days. I love how my nerdy side always wants more from the media I consume. I want to know about the old wars in Steven Erikson's Malazan books and I want to know what secret elixir he takes with his tea. I am also a whole lot calmer about whether or not the next Dragon Age game will be delayed or not. As long as I get it. I don't mind not playing GTA V till Christmas season when I have an Xbox again. It'll still be there and just as much fun. Let Ben Affleck be Batman and if he sucks let's kill him afterwards.

Nerdy culture is merging with the mainstream media people consume and that's cool. Pretty girls are wearing Batman t-shirts and jock types are drinking beer with nerd types whilst playing FIFA 13 or the latest iteration of Call of Duty. Everyone's having a good time doing cool and nerdy stuff together. Rainbow Nation vibes all-round.

I attended some interesting events and met some wonderful people in the last few months and it made me realise South Africans have arrived at the nerd party in a big way. We love coming late to the party and then just showing off about how cool we are. We're rocking our Vader mask and we look good. 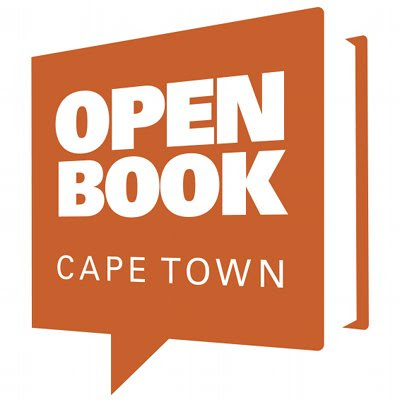 Living in Cape Town and working at a publishing house meant I had no excuse to miss the 2013 edition of the Open Book Festival -- especially since work offered to pay for any of the events on the programme that I wished to attend. I opted for the SF and Fantasy sort of stuff, of course. They also had a comics festival running for the duration of the main festival and it was worth popping into. South African artists and writers were there sharing their experiences and running workshops for those interested in honing their craft.

Lauren Beukes was a huge presence at the fest and spoke about the state of SF and Fantasy in the country along with some badass writers like Charlie Human and Alex Latimer. She also gave out some very useful tips for aspiring writers looking to break into the writing industry. Be cheeky she told us, but don't be an asshat. One of my jobs as an editorial assistant is receiving manuscripts and it's disheartening how many people don't follow the simple instructions on our website, which results in us just chucking manuscripts in our furnace in the basement. You want your publisher to like you so be cool. Lauren, a publisher (forgot his name) and her agent (also forgot his name. These are the guys working tirelessly and selflessly in the shadows) related some horror stories of the creepy things writers do to try and get their work published. Don't be creepy, you guys. Or at least hide your creepiness and whip it out when you've made a name for yourself.

It's pretty rockstar to have homegrown SF stuff to read like Lauren Beukes' The Shining Girls (set in Chicago but still homegrown), which reads like one of Dean Koontz's classic 80s thrillers. I am a huge fan of villains I can feel a bit icky about liking. Koontz was a master of this in the 80s/90s and my high school days were spent admiring his serial killers and feeling all sorts of guilty about it. I probably still suffer from some complex as a result. Lauren Beukes' villain, Harper is of that breed and I liked that a lottle. Alex Latimer's The Space Race is what I really want to get my filthy paws on! The idea of Afrikaners running a secret space programme out in the desert tickles the nonsense out of my fancy. First thing I thought when I heard about this book was Apartheid in space! Which I guess is not unheard of in SF... Think Orson Scott Card's Speaker for the Dead. Mad levels of Apartheid in that book. Also, Alex drew me a tiger when I met him at the Open Book Fest. Your argument is thus invalid!

My boss lady sent me link to a new South African indie publisher, Fox & Raven Publishing and they're pretty rad-ical! They describe themselves as: Artisan independent publishers of speculative fiction, non-fiction and many things in between. They had a slot at the Open Fest that I didn't catch all of and that's sad. I did get to tag along to tea with the dude behind the magic though, Marius du Plessis and he's a great guy who seems to have some great plans for adding to the SF and Fantasy scene here in SA. Look out for them and their stuff. Write some good short stories for them and give them tea if they think it's good enough to publish. 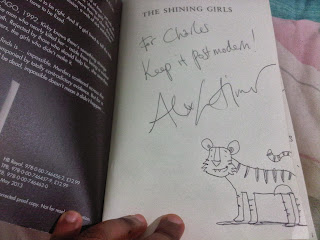 Comic books are like potato chips -- I just can't stop eating/reading them! (Yes, I read potato chips and eat comic books.) There are days when my life's as busy as a dumbledore or I'm just plain lazy and I feel bad for not reading as much as I'd like. Comics books are my salvation during such periods because I'm never too busy or lazy to read them. Last year saw the launch of a South African graphic novel, Rebirth. The premise: What if Jan Van Riebeeck (South Africa’s Christopher Columbus) had been a vampire? What if the Dutch East India Company, pioneering colossus of international trade in the 17th century, was in fact controlled by a Council of Vampires? Sounds pretty cool doesn't it? Yes, and it looks pretty too. I must be honest and say that I'm not the biggest fan of this book but Josh Ryba, Daniel Browde and Thenji Nkosi's effort still deserves mad hatter love. 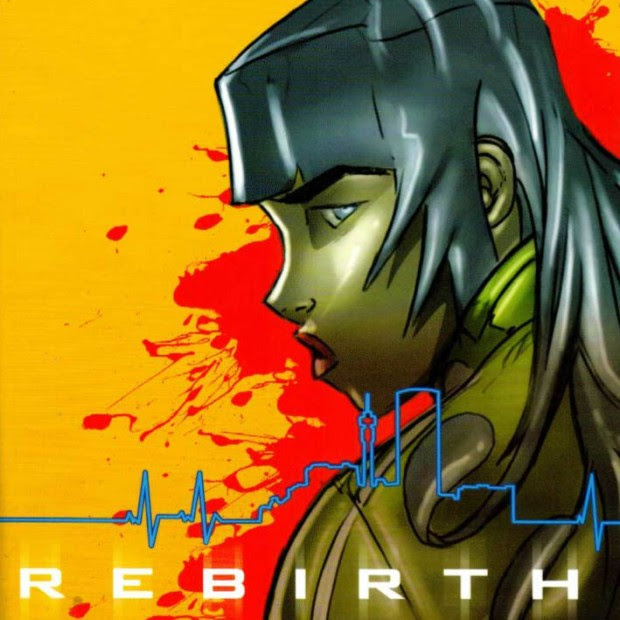 I also recently got around to finishing Lauren Beukes and Inaki Miranda's take on Rapunzel in the Fairest spin-off of Bill Willingham's Fables series. Fairest: The Hidden Kingdom plays off in Japan for the most part and it's amazing how much Japanese lore is captured in the story. Inaki Miranda's artwork is some of the coolest I've seen in comic books. I recommend this wholeheartedly and it's not because I might have a crush on a kitsune. Lauren seems to enjoy keeping busy because I see she has a story, Birdie (illustrated by Gerhard Human) in a Vertigo anthology titled The Witching Hour. The story's set in a futuristic Cape Town and seems to contain some powerfully dark juju.

It embarrasses me to tell you that I've not seen Neil Blomkamp's Elysium yet because I was busy eating toast or something and the reviews weren't that great and I'm swayed by public opinion. The guy gave us District 9 so it can't be that bad. It also sounds a lot like Bioshock Infinite. It's on the list for the next movie night.

Speaking of Bioshock, rAge was last week. I missed it, of course, being in Cape Town and doing things like Rocking the Daisies. rAge is always amazing and brings together some of the coolest gamers, cosplayers, tabletop gaming enthusiasts, otakus, comic book nerds and confused looking girlfriends and boyfriends who've been dragged there by their nerdy better halves. rAge is the place where you see that SA has an amazing and vibrant nerdy community and that we are some cool people.

There are probably a lot of stuff I didn't mention because I don't know enough about them or anything at all. Take the indie game development scene as an example, I know it exists but I have no clue what they're getting up to. Better people than me do and it's best to always look and ask around regarding what everyone is up to.

There are always some cool happenings somewhere near you so get your nerd swag on :).
Posted by Charles Siboto at 13:10