The State of Christianity 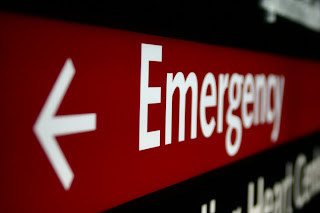 You are the salt of the earth, but if salt has lost its taste, how can its saltness be restored? It is not good for anything any longer but to be thrown out and be trodden underfoot by men. - Matthew 4: 13

The things I'm going to be saying in this post are very generalised and don't apply to everyone in the universe, so please don't show up on my doorstep armed with pitchforks and torches. I might be right, I might be wrong and Heaven knows I might not even be saying anything useful at all. Bear with me if you can.

I suspect most Christians have been in some environment where the conversation gets to a point where you have to reveal your state of Christianity and you try to state your case by analysing how the company you're in views the religion. Such situations usually end up with people saying things like, “Uhm... yes I'm Christian but I don't mind things like lying too much, in fact I tell a few white lies once in a while.” So depending on the company you find yourself in your degree of Christianity changes. This happens to me all the time where some guy will say something offensive about Christians and I'll try make out like I'm not really too deep into the religion to avoid the offense. After the interaction I'll sit and think hey wait a minute! When I'm alone my faith is concrete but when some random dude pokes fun at what I believe in I try to make as if I don't believe in that stuff at all. This the same thing that happened to the disciple, Peter [Matt. 26: 69 – 74]. A really awesome string of thoughts popped into my head during the Easter holidays and it stemmed mostly from a quote by Lord Hailsham I came across in The Da Vinci Code – a response:

The first thing we must learn about him [Jesus] is that we should have been absolutely entranced by his company. Jesus was irresistibly attractive as a man ... What they crucified was a young man, vital, full of life and joy of it, the Lord of life itself, and even more the Lord of laughter, someone so utterly attractive that people followed him for the sheer fun of it ... the Twentieth [Twenty first in our case] Century needs to recapture the vision of this glorious and happy man whose mere presence filled his companions with delight. No pale Galilean he, but a veritable Pied Piper of Hamelin who would have children laughing all round him and squealing with pleasure and joy as he picked them up.

Thus I think Christians have no business walking around looking glum and in no way should they feel that their religion is like a collar meant to restrain them from having any fun. Many people have this view of Jesus as being the force that spoils all the fun and it's not true at all. Man is built for happiness and his happiness is attained by following the laws that govern humans. Free will allows us to break many of the laws that govern us but eventually the consequences catch up with us. A man who steals from people will be caught eventually and he will suffer for his crime, a woman who gossips about her friends will lose them before long. Even though we can break the rules we cannot run away from the consequences. To be happy one must abide by the laws that result in happiness. Many people who aren't religious know that to build wealth, happiness or whatever they must do things that are in accordance with the laws to get the results they want. You hear of many people who go to church and get bored out of their minds and they hook up with friends who don't go to church on Monday who claim that their weekend was off the chain, they went to the rock show and it was awesome. These people sit in church the next week and get super bored because they're thinking that other people are out there having so much fun. I used to get bored at church because I simply felt out of sync with the stuff they were talking about. The pastor would go on about all these virtuous things that seemed nothing more than fancy ideals to me. I read some C.S. Lewis and I've come to realise that all the things in Christian scripture aren't meant to bog you down and make you feel like rubbish but to give you a goal to strive towards. That goal is perfection, Christ came and set the example and He continues to help anyone who wants His help no matter what their state. If you're Christian (or even if you're not) don't be a wet blanket and walk around as if you are personally carrying all the world's burdens on your shoulders. Cheer up.