Thinking About a Revolution: The Neo-Renaissance Man 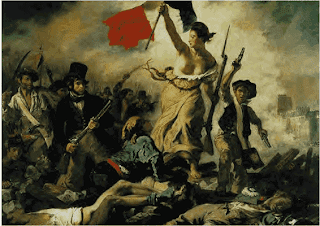 To be, or not to be - that is the question:
Whether 'tis nobler in the mind to suffer
The slings and arrows of outrageous fortune,
Or to take arms against a sea of troubles,
And by opposing end them?
(Hamlet: III, i, 57 - 56)
I've been reading Hamlet's soliloquys lately and by Jove! the man is topsy-turvy and one can't help but like him. For me Hamlet is the embodiment of man (whether he be Renaissance or contemporary) and his struggle to live - and I mean really live! - on this planet. I don't know about other people but I can relate to many of his thoughts and because he's such an introverted character I get what he's about. Then again I suspect that everyone who reads the play think they get what he's about. Hamlet represents the all-round Renaissance man who's well-read in the liberal arts. He is a scholar, warrior, lover (in a crazy sort of way) and he's an artistic type of dude. I think that the Renaissance man needs to be revived. One always sees people who are very successful in their careers and think wow! that guy must be super content with his life. But in all probability he is not; he's unlucky in love, his kids walk all over him and his dog has no respect for him. On the other hand there's a woman whose job is waiting tables and she's rather average looking. She's happy though (unlike our high flying guy) because she's pursuing her career as an aerialist in the Moscow circus, she's well-read, she's so bubbly and charming that people just fall madly in love with her and her dog almost commits suicide every time she's out of sight. My point is that people always focus on one or two areas of their lives to excel at and then end up unhappy anyway. I say focus on your whole life. People are better at some things than they are at others but don't just work on things you're good at.
Everyone's a house with four rooms: physical, mental, emotional, spiritual. Unless we go into every room every day, even if only to keep it aired, we are not a complete person. - Rumer Godden
Posted by Charles Siboto at 15:02