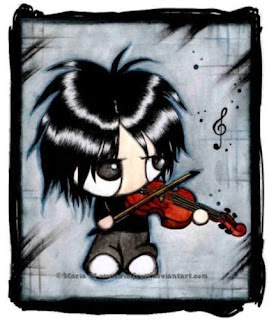 I befriended a first year BCom student on the bus whose laugh makes me smile because it reminds me of being a five-year old kid. He got me thinking about human beings and their fear of being ostracised by other humans. This guy (I don't know what his name is even though we talk on a regular basis) is pretty good looking and the fact that he spends a fair amount of time in the gym doesn't do him any harm. He's what many girls I know would call a hunk. Some weeks back at the bus stop I said to him, “Hey let's run up to that group of girls and tell them we're giving away free hugs.”
He laughed and said, “We can't do that, they'll think we're crazy.”
Here's a guy who's high on the social ladder worrying about being rejected by some random group of girls who (as I see it) shouldn't have any real sway in his life. It's not like he's invested years of emotional energy in them and if they think he's loony all his hard work will go to waste. “At worst they'll think we're unhinged and we're not important enough for them to sit and think those guys are so crazy for more than a few minutes. Also, they're not important enough to us for us to be too worried about it.” I lectured him. He still didn't want to go give away free hugs with me. I meet so many people with these irrational fears that they really shouldn't have. People cover up their social awkwardness by doing things like wearing hip clothes and listening to some crazy music that goes on about sniffing gunpowder. All they're doing is cloning themselves into some crazy image society dictates to them is cool. The crazy thing is that a great number of people are doing this. When you see a ridiculously good looking girl who looks like she owns the scene you probably think that she's well adjusted and confident. Chances, though, are that she's just afraid of being rejected like every one else. She's so afraid in fact that she rejects any one of dork status to preserve her cool status – survival of the fittest baby, eat or be eaten. The thing that amuses me is that whilst the masses are fighting it out to be alpha the elite people do as they please. I always see people who don't participate in the power struggle, they do their own thing. They're actions say, “To hell with society's standards! I make my own rules.” In my view these people shine super hard. Take as an example a beautiful, bubbly girl who chats to everyone; the dorks, jocks, divas and old people on the bus. She has no social status to protect – she does what she pleases – and thus (in a crazy twist of events) her social status becomes super high. It's madman stuff!

I must have hermit blood in me because being kicked out or excluded from some club, band or whatever you want to call it doesn't bother me at all. I hang and chat with people a lot (I think it's a lot anyway), but the bulk of my time is spent in solitude reading, eating, watching movies, thinking, listening to tunes, playing video games and irritating my little sister. Thus this trend (people fearing being ostracised) interests the nonsense out of me. Freud and Darwin would probably have a few things to say about the matter. Something along the lines of people banding together for survival and getting kicked out means facing the sabre-toothed tigers by your lonesome self. People who get kicked out of some circle usually form their own band of misfits, which gets me thinking that people can't help but group up. If that's the case, being totally shunned must be traumatic! Weak guys would rather be weak together than be out there on their own and strong guys would rather be strong together. The whole thing reminds me of a scene in the book, The Catcher in the Rye, where someone is telling Holden that life is a game and Holden thinks yeah life's a game when all the hotshots are on your team but if you're on the other team it's not such a great game is it?
Posted by Charles Siboto at 14:46

Who knows where to download XRumer 5.0 Palladium?
Help, please. All recommend this program to effectively advertise on the Internet, this is the best program!